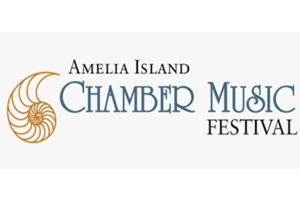 The Amelia Island Chamber Music Festival is thrilled to present the third concert of their 20th season on Sunday, March 14 at 3 p.m. and 7 p.m. Bringing back one of the ever-popular “Beer & G-Strings” series, the concert entitled “The Four Seasons” features the Christiania Trio made up of Julie and David Coucheron, Christopher Rex and guest violinist Philip Pan and the Amelia Tango Trio formed specially for the occasion by violinist Chee-Yun Kim, cellist Andres Diaz, and pianist Elizabeth Pridgen.

They will perform Astor Piazzolla’s Spring and Autumn Tangos and Antonio Vivaldi’s Summer and Winter Concertos. As a special treat, dancers from the Amelia Island Dance Festival, under the direction of Susan Dodge, will give a cameo performance of the Tango and the Milonga to the music of Piazzolla. Violinist Philip Pan will join the Christiania Trio to fill out the string parts of the Vivaldi Concerti.

The performance will be at The Sadler Ranch with a live, socially distanced audience.
Seating for the two live performances is limited and tickets may be purchased at www.AICMF.com for $45 each. The concert will be video recorded and presented as a virtual online concert on Sunday, March 21 at 2 p.m. Tickets for this virtual concert may be purchased at www.AICMF.com for $15 per household.

Julie Coucheron is an acclaimed pianist who tours internationally; Violinist David Coucheron is the Concertmaster of the Atlanta Symphony Orchestra (ASO); and Christopher Rex, is the Festival’s artistic and general director, and the retired principal cellist of the ASO.

Violinist Chee-Yun has received exceptional acclaim as a recording artist since the release of her debut album of virtuoso encore pieces in 1993. Her recent recording of the Penderecki Violin Concerto No. 2 on Naxos was acclaimed as “an engrossing, masterly performance” (The Strad) and “a performance of staggering virtuosity and musicality” (American Record Guide).

Cellist Andrés Díaz has exhilarated both critics and audiences with his intense and charismatic performances. He has earned exceptional reviews for his “strongly personal interpretive vision” (The New York Times) and his “bold and imaginative” playing (The Boston Globe.)

Respecting the safety of both musicians and the audience, the Festival has arranged for both live and virtual venues. Information about all concerts and tickets are available at www.AICMF.com.