Bend me, Shape Me, Anyway You Want Me

flip flopping through the minefields

Romney seems to have perfected the qualities of a Chameleon, changing colors with a changing environment. 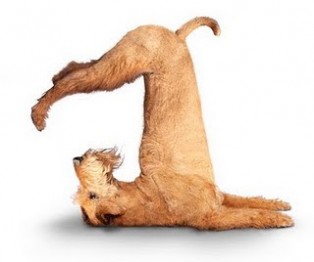 Bend me shape me anyway you want me, as long as you love me it's alright

Bend me shape me anyway you want me, as long as you love me, it’s alright.

The first time I heard this tune performed in 1968 was by the neo Christian British rock band “Amen Corner”, who had picked up the song from an American Christian Band called “The American Breed”, who in turn had taken it from a Cleveland Ohio band called The Outsiders, not to be confused with the Dutch band The Outsiders fronted by Wally Tax and most definitely not a Christian band.

Well, after reading the Tim Young compilation of  “50 Shades of Romney : Hint They’re All White” now available on Amazon Kindle, I cannot escape from the thought that “Bend Me, Shape Me” must have been Romney’s favorite song growing up.

As a complete unknown to most of us not directly connected to the State of Massachusetts, Romney seems to have perfected flip-flopping into an art of presidential grandstanding. From pro-life/pro-choice to obamacare/romneycare to the right to bear arms…or not, to foreign policy switches and stands on the military and on and on, Romney seems to have perfected the qualities of a Chameleon, changing colors with a changing environment.

Tim Young is a comedian/writer, – I’m sure he also writes for the Huffington Post, and he has a blogsite called Absolute Rights. It is no surprise that this mini-book (62 pages) is filled with humor and sarcasm. If Tim would be partisan, the content would be considered devastatingly clarifying, but he isn’t. He just feels the need to point out that America is no more and the US is left with no political choices of any quality. Besides he has promised to publish a similar exposé of Obama in the very near future!

As I am still trying to beef up enthusiasm for what some call the most important election of our lifetime, I do realize that  this Presidential election literally pitches a President who hasn’t accomplished much (insert your favorite excuse here) against the worst challenger in the history of men. You thought John McCain was inadequate? Give me a break. To use a sports analogy, something we Americans are big in,  it’s like  holding the Olympics on a Tuesday morning, charging an exorbitant ticket price and it’s not even free bobblehead day. Would you show up? The competitors could essentially leave the billion-dollar stadiums and compete on the street and no one would watch… In fact, drivers who were attempting to head home would just honk at them to get them out of the way. Fact is I’m not excited about this election, odds are you aren’t excited about the election and most of America isn’t excited about this election.

Any stirring up is welcome. And even though I think Young is trying to ride high on the 50 Shades of Grey notoriety, while pitching this, – 20 shades would have been plenty to illustrate Romney’s shortcomings. However I must say I learned more about candidate Romney’s shortcomings than I did in the past 12 months of wondering what’s wrong with today’s Republican Party.

Nominating one of the most grandiose flip-floppers in history, to be the Republican Party’s nominee for the Presidency, borders on blasphemy, unless Republicans feel strong enough to just vote republican, no matter what.

Funny enough that was what I read in the many comments on Young’s book, something in the line of: Read this essay with a lot of humor and than go vote Republican!?

Listen to this…they’re nominating the guy who “wrote” or “formatted” the major piece of legislation he (and the party) are running this campaign against. That’s twisted. Seriously… all Republicans have been against Obamacare since it started, and now they are standing behind the very person who was the first to successfully sign it into law.

What are Republican voters supposed to do in this situation? It just seems to me like no one really knows who Mitt Romney is, other than the most inconsistent politician in the history of modern politics. In fact, whatever his campaign theme is, it should be changed to ‘Bend me Shape Me, Anyway You Want Me,’  because that’s just how he speaks. He has consistently changed and tailored his political views to every single group he has ever spoken to. Sure, he looks like a politician, but so do Morgan Freeman and a host of other Hollywood actors… the difference is that the Hollywood actors know how to stick to a script, even Alec Baldwin if he has to.

If you can logically vote for a man who has changed his mind so many times on so many important issues, go right ahead…cannot be worse then re-electing an incumbent who almost 4 years into his term is still wondering what went wrong with the economy and continues to chip away at our constitutional rights.

Truly, I think the 2012 presidential elections are far less crucial than the need to elect a congress that can decisively steer this country back to fiscal accountability, based on the right mix of austerity and sustainable growth. Everything else is secondary.