Beth Nielsen Chapman Performs an Evening of Story and Song 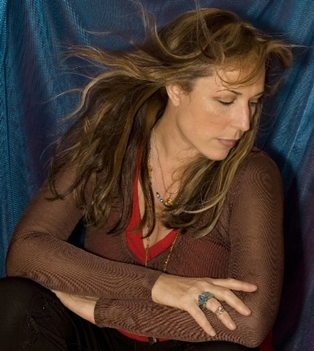 World renowned singer, songwriter and recording artist, Beth Nielsen Chapman will be performing for an Evening of Story and Song on Amelia Island, Saturday, July 31st. The concert will be held at St. Peter’s Episcopal Church in Historic Fernandina Beach. The wine bar opens at 7:15 PM and the show begins at 8:00 PM. This show will likely be a sell-out and the $15.00 tickets are available at First Coast Community Bank, Mixed Media and the St. Peter’s Administraton office.

“If you are going to a Beth Nielsen Chapman concert get ready to laugh and cry and, well, just fasten your seat belt! One thing you can count on is one great song after another and some fascinating stories woven in between them.

Beth Nielsen Chapman, considered by many to be one of the pre-eminent singer/songwriters of her generation, has penned numerous hits and written songs for a wide selection of artists including, Emmylou Harris, Bette Midler, Elton John, Bonnie Raitt Neil Diamond, Trisha Yearwood, Roberta Flack, Maritna McBride, Michael McDonald, Olivia Newon-John, Willie Nelson, Waylon Jennings, and jazz legend Andy Bey. Beth’s songs have topped the charts, on television and in movie soundtracks, including ER, Dawson’s Creek, Providence, Felicity “The Prince of Egypt, “Message In A Bottle”, “The Rookie”, “Where The Heart Is” and “Practical Magic” and the mega-hit “This Kiss”, ASCAP’S 1999 Song Of The Year, sung by Faith Hill garnered her a Grammy nomination.

As an artist she is renowned for her pure, powerful songwriting and clear voice. Her 1997 release of “Sand & Water”, following the death of her husband to cancer, is a chronicle of her journey through grief, which has brought comfort to so many dealing with loss. The title track, performed by Elton John on his 1997 U.S. tour in place of “Candle In The Wind”, honored the memory of Princess Diana.

In 2001, following her own successful treatment for breast cancer, Beth released “Deeper Still” which further solidified her reputation as one of the most distinctive portrayers of resilience and human vulnerability. “Deeper Still” was voted “Album Of The Year” by BBC2’s Terry Wogan. The support of BBC’s Radio 2 has resulted in her concerts in the UK being routinely sold out. Her next release, “Look”, was an exploration of the many aspects of love, continuing the deep path of her writing.

Beth has also sought to expand her artistry into world music with “Hymns”, a collection of ancient Latin hymns, a DVD “If Love Could Say God’s Name” recorded at St. Paul’s Cathedral in London with the London Oriana Choir, and more recently, “Prism-The Human Family Songbook”, a double CD, which is a culturally rich collection of songs sung in nine languages.

Throughout her career, Beth has been in demand as a teacher of workshops on creativity, songwriting, grief, and healing through art, using a unique inspiring approach to the creative process. She teaches and lectures internationally, including her annual Creativity Stargaze Workshop at the Vanderbilt Observatory in Nashville Tenn. In addition to writing hit songs, Beth also serves on the Advisory Board for Peacejam and serves on the Board of Directors of Healthy Child Healthy World.

For her next release due in early 2010, Beth is delving deeply into a collection of 11 new songs about love and life, rooted in folk and Americana—this time all in English!”