Between Democracy and the Electoral College

Why did our founding fathers resort to indirect voting for the president? Was it because they doubted our grasp of politics? 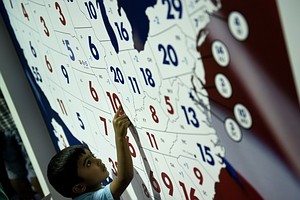 Isn't it time to abolish the electoral college?

It should be abundantly clear to everyone by now that we do not vote for the Presidency. We merely express an opinion on who actually should elect the President and Vice President.

The commercials on TV are back to showing cars, Christmas sales and Erectile Dysfunction. Ohio went quietly back to where it belongs, in the background and Polling Pundits are trying to sleep off nightmares about how wrong it once again was to mix up real mathematics with perceived ideology and an over the top doses of hope. Many of them have now disappeared into detox. The first shake ups in the new Obama 2.0 cabinet are hinted at as the Nation moves into the Holiday Season.

And then there were the long overseas telephone conversations I once again was forced to have with foreigners and media on the other side of my phone line about the electoral vote curiosity that really elects the president. It’s actually ironic how little we realize that the electoral college structure essentially over rules the popular vote anywhere in the world, but many have no clue how and why.

Here in the States I hear that many are distressed about this and even though most Americans claim to have learned about the Electoral College in school, they all, at least the ones in my extended circle are upset, no they are actually pissed with this aberration of democracy that many do not quite get.

So here once again for all you ignorami (p.s. this is not a bad or insulting word, it just means you don’t exactly know the details behind a topic) a refresher course in Constitutional Affairs.

The Electoral College is a process, not a place.

The compromise in the early days of the American experiment called democracy 225 years ago, was not one of race or gender as neither women nor blacks were qualified to vote. No, this compromise had everything to do with a ruling class not trusting the guy in the street to understand what was good for him, hence he needed to be removed a full step from directly electing the executive power of the President. The problem how to sell this decision to a young and emerging nation just coming out of a Revolutionary War of Independence was a masterpiece of manipulative propaganda, Nazi Germany’s Joseph Goebbels would have envied.

Part of the constitutional discussions was to come to an agreement on how to elect presidents of the federation and even though a majority of the delegates’ preference was to have the popular vote decide elections, the idea of an electoral college was adopted first and possibly foremost, because information and communication was dreadfully slow in those days. In addition the small states endorsed the electoral college idea because they saw it as a protection against the over ruling power of the larger states. And so a historic feudal system was continued even in America’s democratic experiment, in which each state, based on the most recent census, is given one electoral vote for each of its congressional districts and one additional electoral vote for each of the two senators every state has. For example: New York, with 29 congressional districts, plus two, has 31 electoral votes, California has 55.  With the 435 House seats and 100 Senate seats,plus the three that the District of Columbia gets, there are 538 electoral votes. A majority of 270 or more electoral votes is needed for a victory.

Back to 1787 and the Constitution 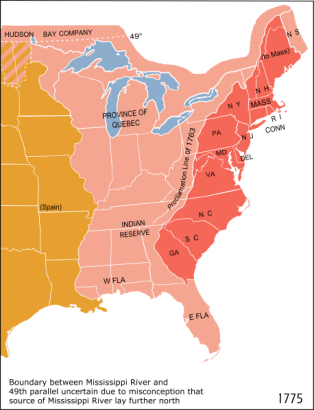 It was a long hot summer in Philadelphia in the year 1787 and times where lightyears different from election year 2012. The new republic counted only 13 states, only half way reaching to the Mississippi River and roughly 4 million people who were almost entirely concentrated on the Eastern Atlantic Seaboard. After The Declaration of Independence was signed, the young country was hesitating between adopting old country systems or writing a new constitution. They decided to go the route of change and write a new constitution tailor made to their specific circumstances. Since they however only knew the systems of their respective roots, involving royalty and parliaments, a lot of the traditional systems were incorporated in their democratic experiment led by the constitution. One of them was giving the ultimate voting power to the “enlightened”; usually the rich, educated and powerfully connected; the Electoral College.  You may say the 1%, because democracy was a good thing on paper, but in practice it should not be given to the people. Thomas Jefferson, a very prominent player in those days, marked that “A democracy is nothing more than mob rule, where fifty-one percent of the people may take away the rights of the other forty-nine.” This statement possibly is the cornerstone for the continuation of the Electoral College as the ultimate decision maker for the presidency. A quick mathematical analysis of last Tuesday’s election proves that if only 55.7% of eligible voters came out to cast their vote, mob rule is a fact and democracy essentially becomes a farce.

And this is only one part of the picture why we should realize that we really don’t live in a democracy. The other part is called Electoral College. The essence is here that you may think you vote for a presidential candidate, but in reality you vote for your delegate, who in turn elects the president. The way it works now is that the popular vote elects all representatives per state. All elected representatives in each state meet on the Monday after the second Wednesday in December to cast their electoral vote on separate ballots for the President and Vice President. Now get this. Technically an elector can vote against party lines, but if this happens he or she’d better be prepared for harsh consequences in terms of party censure and possibly criminal charges.

Compare the popular vote to 332 Electoral Votes for Obama versus 206 Electoral Votes for Romney and then wonder why in 2012 more than 97 million eligible voters decided to stay home. This system of electing the Presidential ticket is so out of touch with the new norm and the tremendous communicative technology that is at our fingertips these days, that one wonders which invisible powers insist on not rocking the boat with introducing an amendment to the constitution that replaces the electoral college with the popular vote, or at least introduce a pro rat system for all states.

Most states, with the exception of Maine and Nebraska, have a “winner-take-all” system that awards all electors to the winning presidential candidate. Ergo, technically your vote does count, but politically it does not. Your vote is a declaration of your opinion. Nothing more or less. Mathematically it is meaningless but thats not really the point.

Point is that Obamacare is now the Law of the Land, (says majority leader Boehner) and that means that 20% (possibly less even) of the population has decided for the rest of a Nation of 310 million.

Good Morning America how are you? 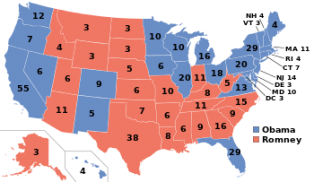 26 for Obama, 24 for Romney, wonder what the Romney States are going to do now?

Don’t forget that founding father Thomas Jefferson also said: “The Democracy will cease to exist when you take away from those who are willing to work and give to those who would not.”

PS in 1969 there was a strong movement to abolish the Electoral College in favor of the Popular Vote to be the determining factor in the presidential elections. With judiciary approval, Nixon’s endorsement and house and senate majority it almost made it, but some deviously clever maneuvering by the smaller states and especially southern states, afraid that this would weaken their disproportionate power structure, delayed and filibustered the Bayh–Celler Amendment proposal into oblivion. Maybe it’s time to revisit this amendment?!