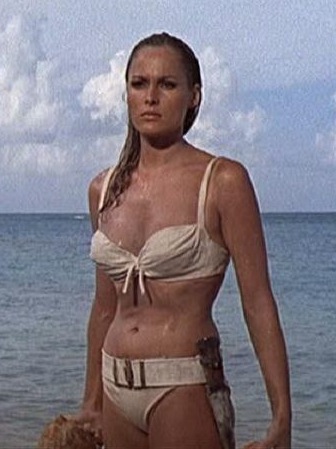 According to the official version, the modern bikini was invented by French engineer Louis R√©ard and fashion designer Jacques Heim in Paris in 1946 and introduced on July 5 at a fashion show at Piscine Molitor in Paris. It was a string bikini with a g-string back. It was named after.

Bikini Atoll, the site of a nuclear weapon test called¬†Operation Crossroads¬†on July 1 in the¬†Marshall Islands, on the reasoning that the burst of excitement it would cause would be like the nuclear device.

Catholic countries like Spain, Portugal and Italy banned the bikini. Decency leagues pressured Hollywood to keep bikinis from being featured in Hollywood movies. One writer described it as a “two piece bathing suit which reveals everything about a girl except for her mother’s maiden name.” Ultimately the bikini caught on, due to a host of films and songs featuring the garment in the early 1960s.

In 1962, an icon was born as Bond Girl¬†Ursula Andress¬†(pict top left) emerged from the sea wearing a white bikini in¬†Dr. No. Other iconic portrayals of bikinis in movies include¬†Raquel Welch¬†as the prehistoric cavegirl in the 1966 film¬†One Million Years B.C., and¬†Phoebe Cates¬†in the 1982 teen film¬†Fast Times at Ridgemont High. 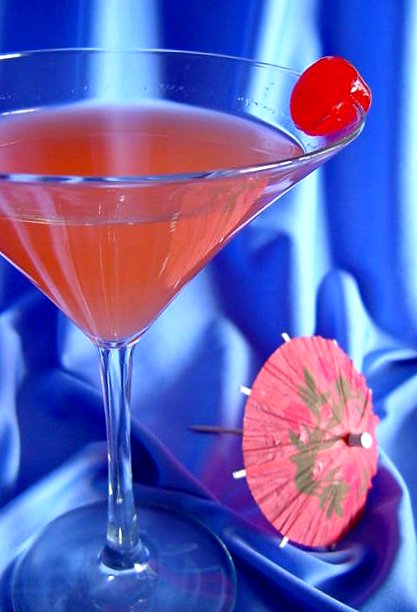 PREPARATION
Mix all ingredients in a kicky martini glass and enjoy.
¬†