birthday musing, the future of a one year old

How today's actions or inactions will influence the life of a one year old in the future. 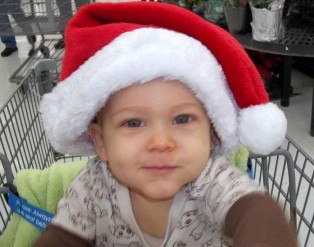 We celebrated the first anniversary of little Liam last Saturday and as so common in the life of a proud new mother, it was a party of excess. Too many toys, too much food, too many babies and toddlers and probably long after we left: too much to drink.

I’m not much of a party animal, primarily because I detest boring and trivial conversations and have not learned to wash that obvious shortcoming away with alcohol. Talking about American Idol, the weather, world series or march madness, bores me out of my skull and unfortunately most parties here are drowned in too much alcohol to be memorable.

Our son-in-law is in the Navy and although I do like him a lot and he is a great father, as a husband he basically operates his life as if the Navy and his buddies are first priority and wife and household assistance come in second. I have had several opportunities in recent years to witness this phenomenon of disconnect and last Saturday was no different.

The first thing I observe is the routine of arriving guests and the formalities of food, presents, cake and celebratory singing in that order. The guys, mostly Navy in this instance, quickly separate from the women and children (and other guests), open a keg or oversized cooler and beer starts flowing. Now in normal Southern working class circles this would be Natural Light or Bud Light, but in Navy circles we’re talking elusive micro brewing brands like Yuengling, Sam Adams, Holy Grail, Witchbrews and more exclusive hop concoctions.

And from the moment the “games” start, wive and children become invisible to the “unit”. Discussing this with my wife, who has had ample experience as a military wife, she enlightens me with the words: “It has always been like that! Young girls want to get married and have babies. They seek out “protector profile men” with security and often end up with military. These young guys have excessive hormones but don’t necessarily want to get sucked into the drama of a young family. So they give the young girls what they want, babies mosstly, so they can return to having fun with the guys in the unit.”

Enlightened by her wisdom, I witnessed all the young mothers with babies on their hips, occasionally glancing at the guys getting louder and having more fun, while their own conversations circle around baby food, doctor visits, pregnancies and everyday household topics.
Taking this scene in I realized that my frequent stories on this website about debasing currencies, economic hard times ahead, political totalitarianism and other concerns are absolutely no part or concern in these kids’ lives. They are the country’s protectors in a dangerous world, with apparent job security as long as all citizens believe that safety is more important than liberty.

And so I gaze at some 15 babies and toddlers at my grandson’s 1st birthday party, who from a myriad of expensive gifts and wardrobes clearly shows most interest in a little handheld educationally programmed phone my wife gave him, and I can’t help but wonder if his early interest in technology may one day lead to him, and some of his buddies being the only real hope for turning back the tide of the rising state and I hope that he will be clever enough to avoid detection and suppression and unleash something that trumps and foils the authorities in their mounting campaign for control and conformity at all costs.

I know I won’t be around but until my final song is sung, I will probably not be able to resist writing the occasional rant against the machine.
And if you think it should be rage instead of rant. Don’t think so. My rage is reserved for my generation, which lackadaisically allowed the world’s bureaucrats to turn earth into a place where conformity and control rule. 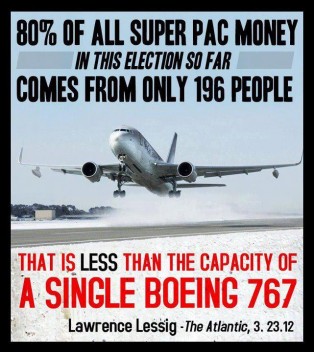 I have never learned to keep my head down, quietly do my work, pay my taxes and don’t complain too much, simply so life’s trains can run on time. But at this point in time that would be my humble advice to anyone who understands what this story means.

And by the way I took another observation away from the same party, after my ear caught a conversation about an older hyper kid who clearly by most of the women was “professionally” classified as having a severe case of ADHD and the need to put him on drugs.
I was going to waltz into the conversation, but decided against it. None of these 20 something women would take my viewpoint, so why waste it, rather than write it. Here is what I think of the new age phenomena diseases.

The real cure for ADHD is time — not drugs

Show me a little kid who DOESN’T have the supposed symptoms of ADHD and I’ll show you a kid who’s in a coma, beaten into submission or at least asleep.
Kids who have “too much” energy aren’t hyper and they don’t have attention deficits. They’re merely kids — kids who need more time to grow up and more discipline… not drugs.

And guess what, a new study brings my point home perfectly.

Canadian researchers looked at data on close to a million kids between the ages of 6 and 12 years old and found that the youngest girls in any given class were 70 percent more likely to be diagnosed with ADHD than the oldest.
And naturally, these kids were also 70 percent more likely to be drugged for it.
For boys, those numbers were 30 percent and 41 percent respectively — smaller, to be sure, but there’s really nothing small about them.

But why is this a stunner? Other studies have found the same thing — including one two years back that found younger kids are 60 percent more likely to be diagnosed and treated for ADHD than their oldest classmates.

Sure you can call me old-fashioned, but isn’t that what parents and teachers used to do?

Forget ADHD, ADD and any other set of letters they throw at you and your kids or grandkids. The only letters you need to remember are the two D’s: Discipline and Diet.

These days kids are so hopped up on sugar, caffeine, videogames and processed foods it’s honestly a wonder that they can even think at all. Get rid of it all and get back to basics, and your kid or grandkid will start to act like a human being again.

Then, don’t be afraid to be a disciplinarian instead of a BFF (that’s kid-speak for “best friends forever”). Kids who understand that bad behavior will be met with real punishment will learn to behave fast, guaranteed. We did.