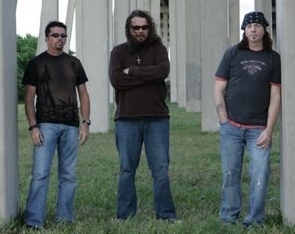 Blistur, Fernandina’s favorite rock band, is competing to play for a spot on the main stage at this year’s Planet Fest at Metropolitan Park, to be held on November 8, 2008.  This is Jacksonville, Florida’s largest concert of the year. Nationally known acts included in this year’s line-up are Rehab, Red Jumpsuit Apparatus, Puddle of Mudd, Shinedown and Hinder.

Beginning with a “Battle of the Bands” at Jack Rabbits on Hendricks Avenue, Blistur competed against 75 other bands and ten bands were chosen as finalists after being judged in categories including musicianship, stage presence, song writing and originality. Blistur scored a 95.44 total of 100 possible points putting them in second place.

A final competition, between the ten highest scoring bands, will be held at Freebird Live, in Jacksonville Beach on October 19, 2008. Blistur takes the stage at 9:00 pm and promises an outstanding show as they take aim at their spot to play the main stage at Metropolitan Park. All performances will be judged by employees of PlanetRadio to determine which of the ten will join the above line-up on the main stage.

Blistur is composed of three full-time professional musicians and they have been busy laying down tracks at Rusty Dog Studios for their upcoming EP including the songs “OK” and “Bloody Mary”; expect to hear both at Freebirds and at Plant Fest 9, no matter which stage they perform. This rockin’ trio completely sold out their three original production runs of their first full length CD, released in 2007, “Greatest Hits Volume II”. Their tight sound, original lyrics and professional musicianship has gained them over 30,000 myspace friends, who can’t all be wrong!
To hear more about these full-time professional musicians check out www.blistur.com, or www.myspace.com/blistur.