As they are finishing the grounds at Main Beach for the festival tomorrow and Saturday, the organizers thank their Sponsors profoundly for believing in them and our community. 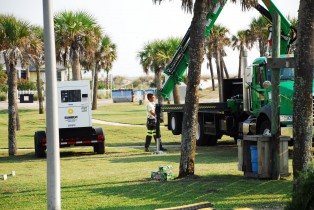 Stages, Generators, fencing,sand bags; the festival grounds are coming together

Organizing a festival like the Blues or Jazz Festival, even though relatively small compared to the Annual Shrimpfestival with a 50 year history, is no small feat. It takes a core of committed people, a receptive community and lots of support, financially and in kind.
When we put down the first blue print for the Amelia Island Blues Festival, we knew we were going to have to take a couple of risks by contracting some headliners to build the festival around and attract other acts.
Headliners are booked a year in advance, sometimes longer. Agreeing on who, price and how to pay for it (or at least guarantee the deposit) is the first hurdle and that’s when you start the route of approaching potential sponsors.

The Amelia Island Blues Festival committee found sponsors with a vision who believed the island could use another festival to be build into an economic powerhouse over time. The Shrimp Festival already has a major multi million dollar impact on the local economy, as does the Concours d’Elegance. The Film and Book Festivals are turning the corner towards longevity and the Jazz Festival was taken from a regional to a national level a couple of years ago when Superstar David Sanborn was contracted. This year Buckwheat Zydeco, another topnotch worldfamous act does the honors of headlining the Jazz Festival.

When the 5 people Committee put the plans on various tables, the first donations and sponsorships came about quickly, and that makes this island such an amazing place to live and work. And believe me I lived on more than a handful of islands that depend on tourism, but getting sponsors for a long term promotion, is tough. The TDC, Tourism Development Council, stepped in to carry the initial financial needs and from there on the train left the station.
The initial team consisting of Susan Hurley, Marty Scott, Jeff Barksdale, Jeff Malone and Han Ramakers had a lot of the talent, experience, connections and disciplines of marketing and promotions inhouse, and when Mike Zaffaroni of Fast Signs joined in a bit later, together with organizational powerhouses Sandy Price and Brenda Savage, we were off to a promising start.

Sponsors believed in the team and the effort and that is what this blog is all about: sponsors who believe in and support the local community, because they know that in the end it’s all about our combined quality of life on this little island.
Early sponsors allowed us to put deposits down for artists and research price and quality options for stages, sound, lighting, fencing, power, advertising, marketing etc. etc.

This is about honoring all those sponsors, big and small, who made it possible for us, to carry the torch and put the first annual Amelia Island Blues Festival on the board. 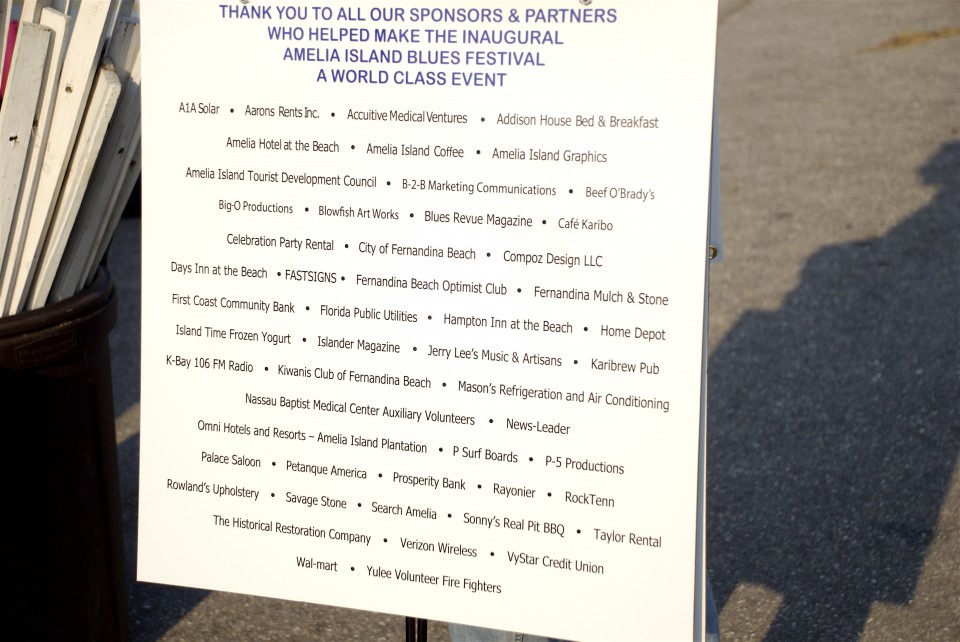 The picture of the sponsor list is actually missing a few contributors such as bead weaver Teresa Caine, who will have a vendor booth on the grounds, or Island Buggies, or Vic Garvin from Amelia Island Transportation. Other business were smart to take a banner position on the festival fence in exchange for a small contribution. First time festivals are a blast in my experience, because they require maximum creativity, smart negotiating and a lot of elbow grease, to offset the initial lack of financial means. This one created a close knit core of Blues lovers, proud that the end of a long ride is in sight. The grounds are ready, the artists are confirmed and en route, the power is hooked up, the beer and barbecue is put cold, the weather…oh who cares about the weather as long as it’s warm – we got plenty of tent cover in case a shower comes close; …now it’s up to the people to make the Blues Fest an event to remember.

As we are finishing the grounds at Main Beach for the festival with booths, stages, fences, restrooms, foods and drinks, we thank our Sponsors profoundly for believing in us and our community. YOU’RE THE BOMB! 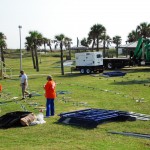 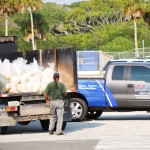 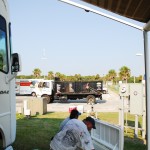