The 6 year old victim was identified by Fernandina detectives on March 1st and interviewed along with family members. 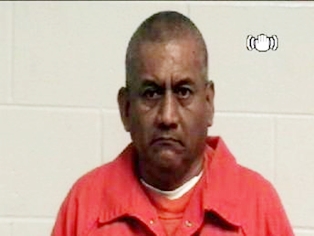 The Fernandina Beach Police Department has charged a fifty-eight year old with Capital Sexual Battery in a case that began a week ago as a Child Pornography arrest. The investigation remains open and ongoing and may involve another victim and suspect.

On February 29th our officers responded to the CVS Pharmacy on Sadler Road after the photo clerk reported discovering nude photographs while developing film. The photos depicted a very young female posing for the camera. The evidence was seized and the investigation given high priority. The identity and welfare of the victim was considered critical and time-sensitive.

The victim was identified by detectives on March 1st and was interviewed along with family members. The victim was found to be six years of age. The suspect was found to be living with the family. He was interviewed and confessed to being the person that took the photographs of the child and had them developed at CVS. The suspect was immediately arrested and charged with child pornography. He is currently being held on a $500,000.00 bond.

Eugenio Valeriano, fifty-eight years of age, has been additionally charged with three counts Capital Sexual Battery. No bond has been set since these charges were filed.

Update
Eugenio Valeriano was found guilty October 30, 2013 after a two day jury trial at the Nassau County Courthouse on 2 counts of Capital Sexual Battery of a Child under 12 years of age, 1 count of battery, as well as possession of photographs of child sexual conduct. Valeriano had been in custody since his arrest by Fernandina Beach Police Detectives Freddie Peake and Christina Smith on March 1st, 2012. Sentencing on the life felonies and related crimes is scheduled for November 7, 2013 in Judge Robert Foster’s courtroom.