Ethan Roberts is full of great ideas regarding our politicians. 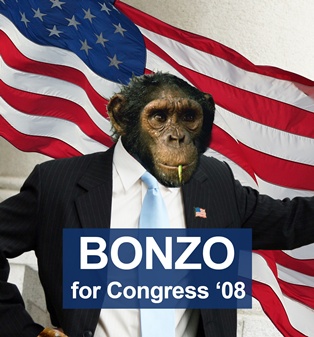 Clearly, despite a great deal of criticism, it was a big success in generating sales for the struggling automotive industry. In fact, money for the program ran out early, and Congress had to throw a couple of billion dollars more into the program to keep it going. 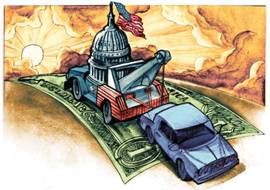 Another Clunker off to Pasture

Another $4,500 clunker gets put out to pasture…

Of course, the car dealers were understandably upset that the government was taking its sweet time in reimbursing them the $4,500 checks to cover each rebate that the dealers had given out. But that’s good old Uncle Sam, the entity that may soon be handling everyone’s health insurance.

Dollars for Dishwashers
Now comes a report that a new federal program will soon begin providing rebates to consumers who buy the more efficient “Energy Star”-rated home appliances. CNBC.com jokingly referred to it as “Dollars for Dishwashers.” There is now some $300 million set aside from the economic stimulus bill to fund this state-run program.

However, one of the main differences between the auto-clunker and the appliance-clunker programs is that consumers don’t have to turn in their old appliances in order to buy an Energy Star appliance and qualify for the rebate.

The rebates should range from $50 to $200 per appliance. Although individual states have the right to decide which appliances should be included, the Energy Department is hoping that the rebates will primarily be given for air conditioners, water heaters and furnaces.

The idea behind this program is that consumers will buy more-efficient, energy-saving devices to replace their older, “energy-wasting” ones. However, the percentage of the rebate that buyers will receive on a heating-and-cooling appliance is markedly smaller than the percentage that one could receive in the automobile program.

Not only that, but buying a new car has much more of an emotional appeal to the average consumer than buying a water heater! 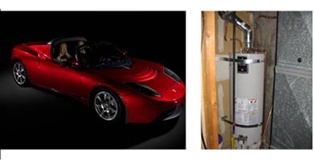 Hmm, tough decision; which would Ethan rather buy….?

These programs have now stirred me to thought. Is it possible that we could enact a similar program with our tired old clunker politicians?

There are plenty of those around who have been costing us billions of dollars, while blowing nothing but hot air for years now. Very energy-inefficient they are, and undoubtedly adding to global warming as well!

So today, I am announcing the creation of “Cash for Congress Clunkers.”

Here’s how this new program will work:

You trade in all the current congressmen and women who have been scorching the American economy for the last decade or two with wasteful and expensive government pork programs, and replace them with new, efficient ones who will guarantee to save the American taxpayer billions of dollars every year!

Let’s do some quick math. There are roughly 135 million tax returns filed every year. I think it’s safe to say that these “Congressional Clunkers” have already cost us at least $135 billion. And there’s absolutely no sign of them letting up!

One billion is 1,000 million. So if the American voters trade in enough Congress Clunkers next year for more-efficient models, perhaps it could save each taxpayer at least $1,000.

Now maybe that’s not as good as receiving a rebate, but saving money is a close second to getting money, in my book.

Time for a Trade-in

Fortunately, for the taxpayers, some of the “clunkers” have already been replaced, such as that “Bridges to Nowhere” senator, Ted Stevens (R-Alaska).

Interestingly, it took an indictment by a federal grand jury for failure to report gifts on his Senate financial disclosure forms (charges were later dropped by U.S. Attorney General Eric Holder, citing prosecution misconduct) to inspire the Alaskan voters to finally trade in this 38-year-veteran clunker. 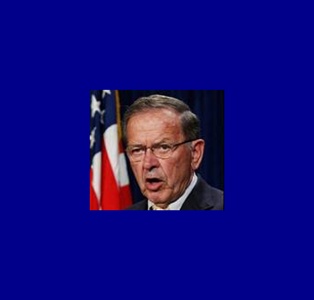 Got a bridge for sale, Ted?

But unfortunately, many more clunkers still remain, both Democrats and Republicans alike: 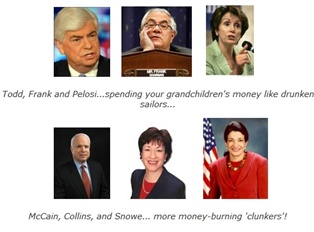 And then there’s “good ol’ boy” Sen. Arlen Specter, who can’t quite decide which team he’s on. He was a Republican for many years, but fearing he could lose his seat in 2010 as a Republican, he suddenly decided to switch to the Democratic party.

How’s that for true courage, folks?!

But whichever team he chooses, he’s still part of the greater body of people who spend taxpayer money like it’s the last day on Earth! This old clunker is a five-term Senate veteran.

Sure, he can still turn over like an old engine on those cold Pennsylvania winter mornings, but wouldn’t it be nice to trade him in next year for a senator who doesn’t switch political parties because he’s afraid to lose an election? 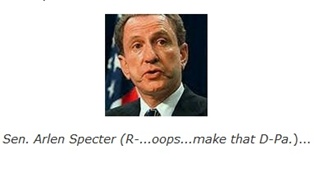 However, we do need to be careful. Just because we are trading in one old clunker politician, doesn’t automatically mean that the new model is going to be any more efficient in watching over our money. After all, we just traded in one spend-happy president for a newer version who turned out to be even more of a spendaholic! 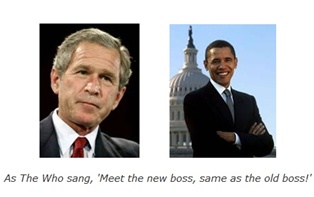 Now remember, the deadline for the Congress Clunkers program is Election Day, Nov. 2, 2010. So even though it’s early, now is still a good time to start thinking about trading in your state or local-level clunker. But be careful to scrutinize the new model you will be receiving, so as not to elect a clone of the old guy!

How about it, Tycoon readers? Are you as fed up with all of the irresponsible, pork-laden “bridge to nowhere”-type programs as I am? Are you tired of seeing the same tired, old hack politicians from BOTH PARTIES wildly spending your money, and the monies of future generations ? If your answer to any or all of these is yes, then please join me in the “Cash for Congress Clunkers” movement next year! Want to tell me about the ones you’d most like to trade in from your own local area or state? Spread the word!