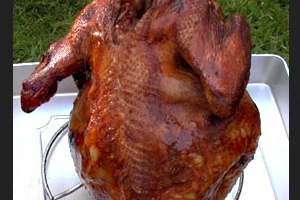 How to Deep Fry a Turkey

Check out the wonderful video produced when a Visit Florida writer went fishing with Captain Russell Tharin from Amelia Island.

We whipped up a pita bread pizza from ingredients sold at the farmers market in Fernandina and put the whole process on a 4 1/2 minute video.

Rendezvous Festival is a nine day film, music, and interactive gaming festival and it is coming to Amelia Island June 3-15, 2014. [Video]

Be a Chocolatier for a Day at Peterbrooke Amelia Island

Dip, decorate, and package your very own delicious chocolate treats. The class is for kids at heart, ages 8 through 98.

Local resale boutique has opened store in Yulee, and a local Flea Market, in addition to their long standing store in Fernandina Beach.

We learned to give bed baths, dress a patient, catheter care, range of motion exercises, taking vital signs, and many other skills.

It takes a complete year and over 50 committee volunteers to pull off an event as big as the Isle of Eight Flags Shrimp Festival.

Ally at the Desk takes a humorous look at the Amelia Island Concours, now that she is old enough to drive in this short video.