On May 2, 2015, Chefs Timineri and Chute will share their collective expertise in a cooking demonstration during the Shrimp Festival. 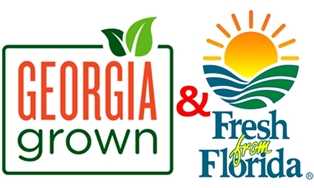 The executive chefs from Florida and Georgia’s Departments of Agriculture, Justin Timineri and Holly Chute, respectively, will be offering a joint cooking demonstration during the 52nd Annual Isle of Eight Flags Shrimp Festival at 11:00 am, on Saturday, May 2, 2015. 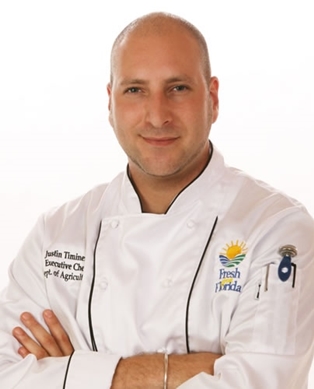 International Culinary Ambassador Chef Justin Timineri, representing the State of Florida and the “Fresh From Florida” brand, is a certified executive chef, author, and television personality. In 2006 he won the Food Network Challenge, Great American Seafood Cook-off, in New Orleans where he held the title of having the country’s best domestic seafood dish.

Justin’s responsibilities include promoting Florida’s many outstanding commodities and he has participated in many high profile events around the world such as the 2012 Olympic Games in London where he showcased Florida’s cuisine to medal winners and Olympic legends at the USA house. He has been the event chef for NASCAR, PGA, and the Kentucky Derby.

Most recently Chef Justin can be seen nationally on the Cooking Channel where he is a guest on several episodes on Emeril Lagasse’s new TV show “Emeril’s Florida”. He is also the resident chef on the award winning television series “How to do Florida”.

Justin was raised in Florida and his straight forward approach to cooking relies on simple ingredients combined with fresh seasonal produce. 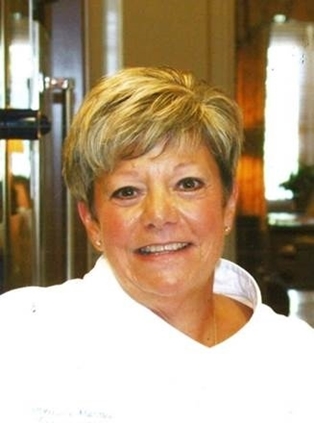 Executive Chef Holly Chute represents the Georgia Department of Agriculture, the state’s largest economic sector. She serves as a liaison between Georgia’s farmers/producers and the food service industry. Chef Holly is one of the most visible faces of the popular “Georgia Grown” program and appears regularly at festivals and community events.

Executive Chef of the Georgia Governor’s Mansion under six administrations, one political observer remarked, “Georgia Republicans and Democrats can agree on at least one thing: Holly’s cooking.” She has welcomed foreign heads of state, former US presidents, Supreme Court Justices, and members of England’s Royal family with her southern style that showcases Georgia’s fresh, agricultural products. She has cooked alongside many celebrity chefs including Cat Cora, Todd English and Paula Deen. Of her many honors and accolades, she considers Jeff Foxworthy’s request for a doggy bag (to take home extra fried chicken) to be a most memorable achievement.

On May 2, 2015, Chefs Timineri and Chute will share their collective expertise in a cooking demonstration during the Shrimp Festival. You won’t want to miss this spectacular culinary event featuring selective dishes of fresh, wild-caught, local shrimp. The event takes place at the waterfront in historic, Fernandina Beach, Florida. There is no admission fee to attend.