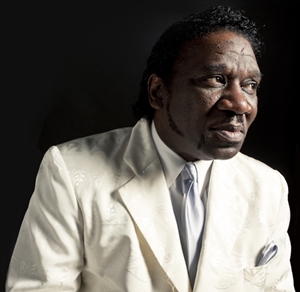 The Isle of Eight Flags Shrimp Festival is thrilled to announce their “Chicago Blues Night” featuring Mud Morganfield. Presented by the Amelia Island Blues Society, Muddy Waters’ first born son, Larry “Mud” Williams (born 1954), was raised by his mother and often heard the nicknames of “Muddy”, “Muddy Jr.” and “Little Muddy”, but he prefers Mud Morganfield and it is fitting. It’s uncanny how much he looks and sounds like his dad.

Jeff Malone, the president of the Amelia Island Blues Society recalls, “I first met Mr. Morganfield on September 14, 2013, when he arrived at the Amelia Island Blues Festival as the headliner just after the release of his ‘Son of the Seventh Son’ album. As a lifelong Blues fan, along with many others, I consider his father the undeniable godfather of Chicago Blues. After his performance I was reminded of the saying ‘the apple didn’t fall far from the tree’. Not only does he resemble his dad physically, he delivered a lyric in the same unique charismatic way committed completely to his craft.”

Since that September day in 2013 Mud Morganfield has won the 2013 Blues Blast Magazine Award, and the 36th Annual 2015 Blues Music Award for his cd “For Pops: A Tribute To Muddy Waters” in the ‘Traditional Blues Album’ category. He also headlined the 2015 Chicago Blues Festival celebrating the 100th birthday of Muddy Waters and Willie Dixon.

Malone added, “The Amelia Island Blues Society is proud to call Mud Morganfield a friend and look forward to his return to Amelia Island.”

Mud rarely saw his famous father and said, “He was always on the road working” but, as he notes, the old man was always there for him. “I always have played music. Pops used to buy me a set of drums every Christmas. I started off as a drummer and gradually went to playing bass…” Only recently has Mud stepped forward to embrace his musical gifts, a big voice that can only be compared to his daddy’s.

Mud is now ready to honor his pops and his music. “I started to sing to show the world that dad left me here. I love and am proud to sing his songs just like I love and will always be proud of him. I’m not Muddy Waters and I’m certainly not trying to be Muddy Waters. I’m Mud Morganfield. But when I’m up on stage I always feel Pops is there with me and it means so much that I can get on stage and keep his music alive around the world.” 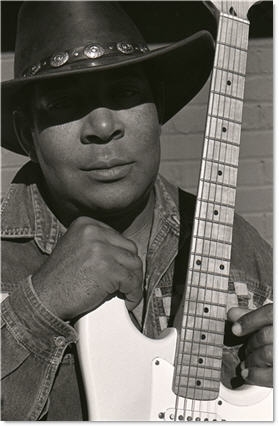 Following Opening Ceremonies at 6:00, and the Miss Shrimp Festival Scholarship Pageant, sponsored by the Hampton Inn and Suites Amelia Island Historic Harbor Front Hotel, at 6:30, Mud Morganfield will take the Isle of Eight Flag’s Shrimp Festival Riverfront Stage on Friday, April 29, 2016, at 7:30 p.m. Friday’s line-up continues with the Invasion of the Pirates at 9:00, a spectacular fireworks show at 9:15, and Gitlo Lee, the Blues man of the South, who takes the stage at 9:30 with a three-piece blues group set to close the festival at 10:00 p.m.

Located in historic, downtown Fernandina Beach, Florida, this 53rd Annual event features a four day multi-genre festival including A Fine Arts and Crafts Show, A Music Festival, A Food Festival, An Antique Festival, and A Family Festival all rolled into one long and festive weekend!

The concert and festival are FREE and open to the public. For more information, please visit www.shrimpfestival.com.