History reveals that at some point in the future China will stumble. Which pressures that will unleash on the global economy is as yet not clear. 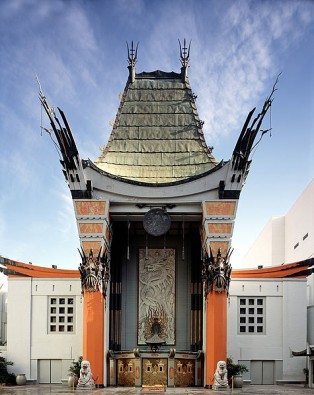 Before China, there was Japan. From the 1960s to the 1980s, Japan was on a roll. They had one of the highest economic growth rates in the world, according to PBS. Their manufacturing prowess grew to be the envy of the world. Their stock market soared 373 percent between 1980 and its peak in 1989, according to Knowledge@Emory.edu. And, like China today, there were predictions that Japan would overtake the United States as the largest economy in the world.

Along with its stock market, Japan’s economic miracle came crashing down in the 1990s. By the end of 2010, the Japanese stock market, as measured by the Nikkei 225 index, was down an astounding 73 percent from its 21-year old 1989 high, according to data from Yahoo! Finance.
As happened in Japan, extrapolating past performance may be hazardous to your wealth. Will China suffer a similar fate? If it does, what will that do to world financial markets? In this final installment of our series on China, we’ll look at three issues facing China that are an outgrowth of their strong economy and how these issues may affect you.

China has deftly managed its economy over the past three decades to produce spectacular growth and improved living standards for its people. In fact, economic growth has contributed to more than 500 million Chinese people rising out of poverty since 1981, according to The World Bank.  Growth, however, has its price.
Strong economic growth can lead to problems such as inflation, social and economic inequality, and a growing pile of foreign exchange reserves. Let’s take a closer look at each of those three issues.

Inflation
Inflation is a major threat to China’s future success because if it gets out of control, the population may revolt. In August 2011, inflation rose by 6.2 percent from a year earlier – well above the government’s 4.0 percent target. Worse yet, food prices rose 13.4 percent from a year earlier and, for a country that needs to feed 1.3 billion people, that’s a big problem.
Rising food prices are particularly difficult for China to stomach (pardon the pun), because the average Chinese household spends about a third of its disposable income on basic food, according to the Financial Times.
If you want to know why inflation is a threat to national stability, go back to 1989. The Financial Times said, “Inflation of nearly 20 percent is considered a key contributing factor to the 1989 student protests that culminated in the bloody military crackdown in and around Beijing’s Tiananmen Square.”

Social and Economic Inequality
While China’s economy has grown more than 90-fold in the past 30 years, the gains have left a widening gap between the “Haves” and “Have-Nots.” Chinese Premier Wen Jiabao said back in February 2011 that rising inequality is threatening social stability, according to a Bloomberg article.

Can you imagine what would happen if even a small percentage of China’s 1.3 billion people turned against the government?  Civil unrest has been on the rise in recent years. As Bloomberg reported in citing data from Sun Liping, a professor of sociology at Beijing’s Tsinghua University, “‘Mass incidents,’ everything from strikes to riots and demonstrations, doubled from 2006, rising to at least 180,000 cases in 2010.”

So, how do you keep 1.3 billion people calm and restrained? According to Nicholas Bequelin, a China researcher for Human Rights Watch in Hong Kong, China’s been doing it “through a combination of economic growth, social reforms, and political repression.” Time will tell how long that lasts.

Foreign Exchange Reserves
At $3.2 trillion, China has – by far – the largest foreign exchange reserves in the world, according to The Wall Street Journal.
These trillions were built over the years through China’s trade surplus, foreign direct investment, and capital inflows betting on currency appreciation. On the surface, large foreign exchange reserves sound like a good thing, and, in some ways, it is. The downside is that it exacerbates inflationary pressure, according to Bloomberg.

In an ironic twist, the U.S. has been a beneficiary of this massive reserves buildup. China had to park their cash somewhere so where did they turn? To the U.S. treasury market! At the end of June 2011, China was the largest foreign holder of U.S. Treasuries with more than $1.1 trillion filling their balance sheet, according to the Treasury Department.
Viewed another way, China has been a big reason why the U.S. has been able to run up trillion-dollar budget deficits while keeping interest rates low – we have China as a willing buyer of our paper.

With China needing a large liquid market to park its reserves and the U.S. needing a big buyer of its paper, these countries have the ultimate “too big to fail” global relationship, said Andy Rothman, an analyst in Shanghai for the investment bank CLSA as quoted in The New York Times.

China is so large and growing so fast, that it will impact the world in major ways for the foreseeable future. Its success or failure, its twists and turns, will reverberate throughout the financial markets and affect everything from the level of interest rates to the price of soybeans to the volatility of the S&P 500 index.

Will China stumble at some point? Probably. The big question is how will their potential tumble cascade throughout the world and affect each of us personally?  The diligent will continue to research world events and closely monitor their investment choices.  In a globally interconnected world that is getting smaller by the day, who can afford to do otherwise?