Chinese students laughed at U.S. Treasury Secretary Tim Geithner this year when he claimed the dollar was safe. The Chinese know the value of real assets... real money like gold and silver. 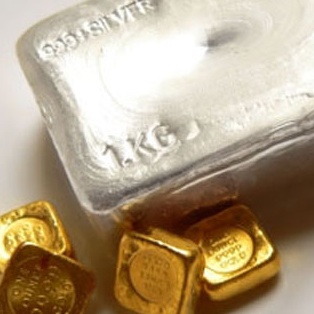 I watched a China Central Television piece on gold investing and according to the program there are some 400 million households in China, with an average ownership of about 0.1 ounces of gold. The average gold ownership in most emerging countries works out to about 1 ounce per household. The Chinese are beginning to make up that gap. From 2006 to 2007, domestic demand for gold rose 60% to around 700,000 ounces. Experts continue to urge citizens to put 3% to 5% of their net worth in precious metals.

Chinese government statistics show the average urban Chinese household has about $1,300 in disposable income to invest. While that doesn’t seem like much, when you add up all those households, there’s about $36 billion that could move into the next big investment opportunity ‚Äì precious metals.

The government is promoting silver bullion as an investment for regular citizens. And remember, a bunch of Chinese students laughed at U.S. Treasury Secretary Tim Geithner this year when he claimed the dollar was safe. The Chinese know the value of real assets… real money like gold and silver.

What does this mean for silver prices? It’s impossible to say. But here’s a little math that interests me. According to the Silver Institute, demand for silver in 2008 (for industry, jewelry, and investing) was 832 million ounces. At today’s price, that’s an $11.5 billion market… or about 1/3 the capital available in China alone.

The most important thing to understand about this situation is the Chinese people become freer every time the government loosens up a restriction. These people couldn’t legally buy silver bars before. Now, they can. They’re becoming richer… and they will continue to do so for decades.

Add this to a world already waking up to the grand currency debasement and you have a recipe for the continuation of the big bull market in silver and other precious metals.

Silver is easy to buy at registered dealers in Jacksonville. $20 here and $20 worth there and you wake up in the future protected.