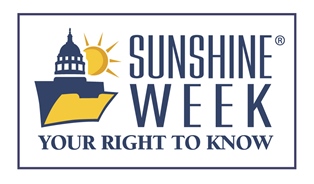 Sunshine Week seeks to enlighten and empower people to play an active role in their government at all levels, and to give them access to information that makes their lives better and their communities stronger.

WHEREAS, James Madison, the father of our federal Constitution, wrote that “consent of the governed” requires that the people be able to “arm themselves with the power which knowledge gives.” Sunshine Week supports the principles of open government and the public’s right to know and have access to public records; and,

WHEREAS, Sunshine Week is a national initiative to open a dialogue about the importance of open government and freedom of information; and,

WHEREAS, an open and accessible government is vital to establishing and maintaining the people’s trust and confidence in their government and in the government’s ability to effectively serve its citizens; and

WHEREAS, the City of Fernandina Beach is committed to openness and transparency in all aspects of its operations and seeks to set a high standard in this regard.