The Travel Industry is increasingly promoting women to top level positions as a recognition of their positive contribution to the industry. 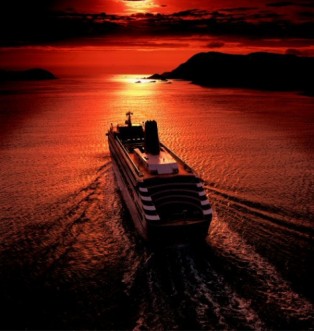 In a 2005 study, the Meredith Corp. found that women were the key decision-makers in 70% of travel plans. 75% of the agents at the CLIA’s Cruise3sixty conference last year were women, who also make up 77% of the membership of the National Association of Career Travel Agents.
So women are not only in the majority when it comes to selling travel, they are also in majority the key decision makers on initiating and executing the travel plans. In essence they control the largest industry in the world, the leisure industry.

So it is only befitting that the CLIA (no not the Clinical Laboratory Improvement Amendments, nor the Clandestine Laboratory Investigator’s Association and not even the the California Lodging Industry Association – I get a bit confused by all these murky abbreviations?), the Cruise Lines International Association http://www.cruising.org/about-clia, appointed a woman as their new CEO.

Maritz Travel President and CEO Christine Duffy became the first female CEO of the organization founded in 1975 in response to a need for an association to promote the special benefits of cruising and in 2006 merged with the International Council of Cruise Lines (ICCL), a sister entity created in 1990 dedicated to participating in the regulatory and policy development process of the cruise industry.
The website states that: the CLIA is composed of 25 of the major cruise lines serving North America and is an organization that operates pursuant to an agreement filed with the Federal Maritime Commission under the Shipping Act of 1984 and serves as a non-governmental consultative organization to the International Maritime Organization, an agency of the United Nations.

This explanation makes Duffy’s career move into the ‘political’ arena of travel a interesting one. Duffy started out as a retail travel agent almost 30 years ago and a decade ago became the CEO of Maritz after that company acquired her agency McGettigan Partners in 2001. In the past decade she became a national force in the incentive and meeting business, which was hit hard by the economic downturn in 2008/9. Duffy was one of the industry leaders involved in getting Washington to understand the nature of incentive and meeting travel when the AIG – Tarp debacle unfolded; a circumstance that must have whetted her appetite for politics and the enormous growth potential for Cruise Meeting and Incentive Travel.

Duffy will operate primarily from the organization’s Washington DC office with a token presence in the Ft. Lauderdale office where marketing and cruise relations are maintained.

The industry praised CLIA’s choice of Christine Duffy as its CEO, noting that aside from her vast experience in the meetings and incentives business, being a woman makes her a good choice.
Duffy in return smartly played into this sentiment when she accentuated: “I very much am proud to be the first woman CEO at CLIA. I look forward to working with everyone in the industry but also, particularly, I hope I can be a role model for women in the travel industry.”

But make no mistake as to her career. She came up through the ranks from retail agent to advisor and corporate industry leader.
In March of this year she took on a high-profile position as co-chair of the U.S. Travel Association’s (USTA) Meetings, Incentives, and Trade Show Council, a council formed to serve as an advocate for the industry in the wake of public attacks on incentives by members of Congress, the mainstream press, the public, and even President Barack Obama in the last few years—widely referred to as the AIG effect.

Howard Frank, chairman of CLIA’s executive committee and vice chairman of the board and COO of Carnival Corp. said it best when he described her as “having demonstrated exceptional ability to lead and being extremely well-known, connected and admired throughout the travel industry”. She also has thorough knowledge of how cruises are marketed and sold through the agency distribution system, with a firm grasp of the issues facing the industry.

On a personal note I met Christine Duff in St.Thomas USVI in the mid 1980s when she was invited with a group of agents by the Tourism Office for a Fam Trip and she struck me as a remarkable agent, who asked all the right questions beyond just having a good time in the islands. In an industry that in my opinion is best understood by women, Christine Duff will be a great asset to the CLIA.