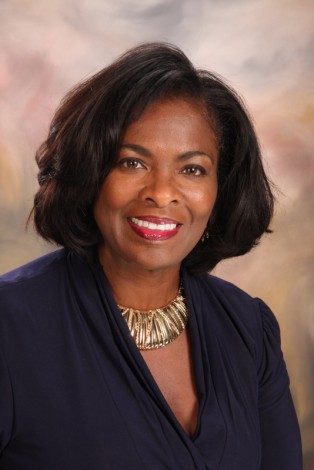 Faced with a potential loss of non critical services as a result of Federal Funding delays, Nassau County’s Council on Aging managed to meet challenges heads on and with resolve.

For the last 30 years, the Council on Aging of Nassau County (COA) has been serving as the primary means of public transportation for disadvantaged seniors and Medicaid patients who require medical treatment at numerous facilities throughout Nassau County.  This long term transportation service has been one principle mainstay of the COA’s overall mission.

In recent years, the COA has expanded their services to seniors and other citizens in the transportation sector to include COA Transit, which is similar to a public transportation bus system. For a small copay, anyone can ride a COA bus between Fernandina beach, Yulee, Callahan and Hilliard even to downtown Jacksonville.  This “Transit” service is for non-medical, non-emergency destinations only and represents a small percentage of the COA bus ridership which numbers more than a thousand individuals a year.

Another group of seniors regularly ride the COA buses at no cost to and from two local Council on Aging Senior Centers in Fernandina Beach and Hilliard. This service is partially funded by the Department of Elder Affairs.

Due in part to the government sequestration earlier this year and most recently the federal government shutdown, two grants which help partially fund COA’s transportation services have been delayed. These delays have challenges not only at the local COA but COAs throughout the state of Florida.  As a non-profit organization, COA of Nassau County relies on these grants, some of which are matched by funds from the Fernandina Beach city and Nassau County Board of Commissioners to underwrite the various COA services and programs.
The grants were submitted months ago and approved, but the impact of not having them executed on the usual schedule put the COA and Janice Ancrum, the Executive Director, in a potentially difficult position.

“As a non-profit organization, we are not able to operate outside of our financial boundaries,” Ms. Ancrum explained.
While the Transportation Disadvantaged and the Medicaid Transportation programs were never on the table for possible cutbacks or temporary suspension, one of the areas where some cutbacks could be made with minimal impact was in the area of COA’s Nassau Transit operations.

In order to save the remaining transportation funds until the federal grants are executed, a plan to temporarily suspend scheduled trips to non-medical facilities was proposed.  According to COA’s Operations Manager, this scenario would have impact on 30-50 individuals who participate in the COA Transit program.

A short notice about a possible suspension of some COA Transit trips was issued and distributed to a small group of COA Transit riders.
Earlier this week, Ancrum made a decision based on information she received from State Department of Transportation in Tallahassee. The decision was made to avert the threat of suspending COA Transit service and keep the buses running on schedule.

“Based on the latest information, these grants will most likely be executed in November even though we felt compelled to warn a small group of our riders about a possible suspension of the non-medical, non-emergency bus trips.

It’s important to realize this is potentially a Florida-and Nationwide problem and not a Nassau County COA problem,” Ancrum added.
As the COA approaches its fortieth year of services to the seniors of Nassau County, the original mandate to provide real and compassionate care to the seniors in our county remains intact but under increased pressure.
The Council on Aging is a 501(c)(3) non-profit agency, the highest level of charitable organization.  We cheerfully deliver critical services to Nassau County seniors in five categories including Meals on Wheels, COA Transportation, In-Home Care, and Adult Day Health Care, while operating two senior recreation centers.  We are funded by donations from private individuals and limited government grants.