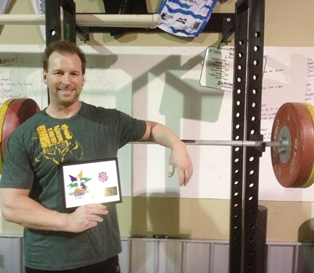 Sandbox Weightlifting Coach Doug Lane was honored January 18, 2012, in front of Members, Meet Directors, and Athletes of the USA Florida Weightlifting Federation, as he received the title of 2011 Coach of the Year.

Sandbox Weightlifting has been steadily rising as a super power within the State of Florida and within the 29 Weightlifting Clubs in Florida. Lane has brought his team and it’s student athletes to a AAU Junior Olympic Girls Team Title in 2011, as well as many individual wins, within our State. The team currently boasts members who are Junior Olympic Champions, National Medal winners, and Florida State Champions. 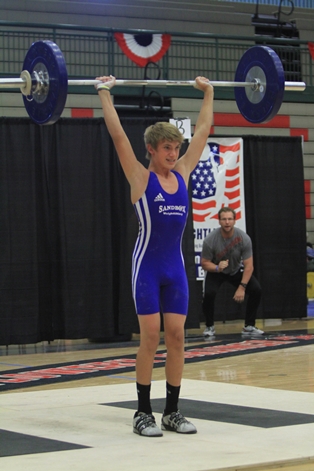 When asked about receiving this year’s Coach of the Year Award, Lane said, “The award is special, and I thank God for allowing me the privilege of being in these kids lives. There is NO WAY that I could have achieved it without the help of the TEAM parents. They are the oil that keeps this machine running!”

For 2012, Lane and his team plan to Attend the National Juniors (Ages 17-20) in Chicago, IL, National Youth (9-17) in Wisconsin, and National Masters (35+) in Savannah, among many other local meets. Already, many athletes are being courted by Universities for Weightlifting Scholarships, and some of the student athletes have spoken with our USA Olympic Training Center – Resident Coaches, in Colorado Springs. Time will tell, but Lane refers to his role as, “a local club coach, who has the privilege of getting our student athletes ready to hand over to National, Pan Am, and Olympic Level Coaches.”

“We hope to make a positive impact on our students, to encourage them to pursue college degrees and continue a life-long pursuit of fitness”, says Lane.