Confirmed Cases of Measles Highest Since the Year 2000

Health, In the News

Though measles elimination was declared in the year 2000, this viral infection has seen more confirmed cases this year. 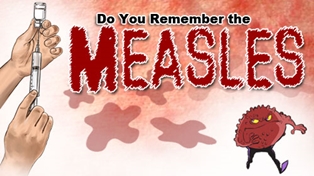 Measles is an illness that can lead to death and other serious complications, and it is highly contagious. Though measles elimination (interruption of year-round endemic transmission) was declared in the year 2000, this viral infection has seen more confirmed cases this year. This sparked the need for health care providers to heighten their community’s awareness and to remind the public of the importance of vaccination to prevent measles according to an early Morbidity and Mortality report on the Centers for Disease Control and Prevention website: http://www.cdc.gov/mmwr/_wk.html.

Symptoms include a generalized rash lasting three or more days, a temperature of about 101 degrees fahrenheit, nasal and/or eye irritation and a cough.

97% of the recent cases were associated with imporations from at least 18 countries, including the Philippines, where a large outbreak has been occuring since October 2013.

288 Measle cases were reported during January first through May 23, 2014 telling us vaccination coverage, including before travel, and early detection and isolation are key factors to limit the spread of this disease.

We should all be concerned.