CSS – The Curse of a Webmaster 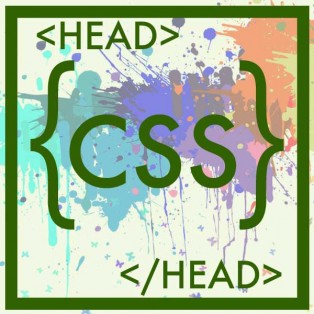 Creativity Opens the Door to the Open Source Internet

In our wonderful world of web design, there are 3,922 ways to accomplish the same goal. Approximately. And that absurdly fictitious number is increasing every day. Instead of one correct way of solving a particular problem, we’re both blessed and cursed by the abundant choices we have as web designers. It’s the choices that make designing for the web fun and interesting, while at the same time overwhelming and challenging.

CSS delight and plight, both the curse and the cure, is going to play the absolute dominant way of designing your web pages in desktop/ laptop browsing but even more in the transition to mobile internet.

What seemed in the late 1990’s and early 2000’s just an alternative to table based design has grown to the none standard but absolute must standard. CSS or Cascading Style Sheets isn’t going away and conformity seems to grow more accepted, yet all browsers still treat the method of describing how a web page should look, slightly different when based on CSS.

The explosive CSS growth was born out of discontent.

Explorer is of course the most none-standard of the webmaster’s curses. This is due to Seattle based Microsoft’s chosen inability to come up with conformity in its own ranks and thus IE 6, 7 and 8 are a mismatch of CSS standards having alienated the mass of web designers only using workarounds to comply to the IE foes. Most other modern browsers from Safari, Firefox, Opera and Chrome to many others more or less play nice within the CSS 3.01 standards.

Microsoft’s hautain and rather bullish air of dominance has now crossed over to the dark side and without further “full compliance of the CSS rules” has driven the nail in its own coffin without realizing that the most expandable profitable support source of its core business has been pointing at “internet cloud computing” factually killing the goose that lays the golden eggs. In the total browsing world it may still have a dominance yet we all should realize that Firefox, Safari and Chrome are biting away bigtime (about 4 million users per day) at the once dominant Microsoft browser.

It all started when Microsoft illegally pushed smaller contenders such as Netscape Navigator into bankruptcy that set-off anger amongst leading designers experimenting with the more capable Netscape core code. This discontent over forcing restrictions upon creative talent initiated the movement into Open Source.

Microsoft’s money hunger driven pursuit to 100% dominance how people should abide by its dictatorship will ultimately lead to its downfall in the browser wars.
Microsoft didn’t consult history, when dissidents toppled governments and dictatorships that were and are placing restrictions on creativity. In a rapidly emerging and much underexplored territory of the Internet, they will simply get sideswiped and steamrolled.
Discontent ultimately lead to the CSS explosion driven by creative minds bundling forces far beyond the comprehension of the Microsoft leadership.

HTML was rather limited and the use of “Excel like” designs of rows and columns became an eyesore and a limiting factor that frustrated most early webmasters. They wanted a free form template that only has one boundary called in most cases the container. Inside that container all bets should be off to allow maximum freedom in creation.
Strangely enough or maybe more telling of intention, was that the company that took CSS to its real potential in the early years and continues to do so today is the company Microsoft desperately has desired to purchase: Yahoo.

But…even if Microsoft had succeeded it would have bought an empty shell, because Microsoft’s “welcome to he machine” corporate climate would have caused a massive brain drain from the Yahoo corporate culture. Two such opposing cultures would have left Microsoft with a very expensive empty container because it apparently still hasn’t come to grasp with the reality that creativity needs freedom of exploring. Trees don’t grow from the top, you need to water the roots. Microsoft has not excelled in understanding this concept.

Yahoo, however, was the first corporation to understand the unbridled potential of CSS and this corporate philosophy has been the cornerstone for its long standing traffic ranking in the world. Sure the yahoo e-mail accounts has helped reaching that spot, but then again Microsoft has hotmail and did not manage that ranking. The difference: CSS and the wealth of making design inside the container palatable to the surfing public.

Can you still exist as a web designer without CSS ?

This is a hot topic amongst the experts and the free-lance designers, but the scale is heavily and dangerously tipping towards: No.

There is no escape for web designers to remain in business beyond the mobile age. Apple’s iPad and most likely a whole range of “knock-offs” in the coming months will expose the supporters of table, row and column design, who will do their utmost avoiding to learn CSS. Their inability to design with the flexibility of CSS will be painfully exposed on all mobile internet devices no matter how “percentage like” they can design their web pages in tables.

And another category of web designers will feel the brunt from their customers: Flash web designers. A growing number of business owners are becoming, sometimes painfully, aware that their flash sites will create unpredictable results next to the many other drawbacks Flash inherently introduces in Search Engine Optimization (SEO) and Search Engine Marketing (SEM).

If Flash is to survive the oncoming introduction of HTML 5 many a miracle needs to happen. Flash will have to become fully scalable, full SEO and SEM compliant and some form of CSS will have to “rule” the Flash output. Adobe is facing an almost impossible task as they, even three years after the introduction of the iPhone and a list of smart phones that followed, still have to release a Flash Multitouch version for these appliances. Not a confidence inspiring shortcoming if Flash is to remain a player in the world of the mobile browsers. Adobe has shown the same almighty air of “they need us” for far too long and has followed Microsoft’s business motto: “The world can’t move faster in innovation then we allow it”.
Well the web design world has taken off without even looking back at Microsoft and Adobe and mostly inspired by the rogue open source community.

Cousin and hobby web design will come to an end!

Many ingenious “Web Builder Programs” have made their entrance into the “web design made easy” for the hobbyist, taking on the role of infusing CSS when and where necessary and to some extent have done so successfully in the past. Today however the gap is widening fast when it comes to Mobile Browsing design where CSS tweaking is an almost given and thus the CSS knowledge to be able to do so A MUST.

So the question now is, is there a surefire way of having only one standard solution for the many CSS obstacles Microsoft has introduced to creativity, in its tenacious control culture ?
Frankly there are some 3,933 ways (the number increased while writing this article) and thousands of open source “good fanatics” are exploring the outer limits of the inner web space by constantly adding new CSS ways.
And Microsoft has no power to stop this army of creative talent.