Starting sometime in August, we can daily take motorized guided tours to the historical attractions on Cumberland Island. 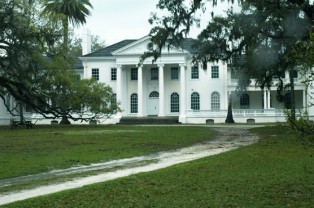 After visiting Cumberland Island three times in the past 10 months, I was excited to read that soon there will be an opportunity to tour the island motorized —  in a single day. I do not mind the walking itself, but there is no way you can see all the historic attractions and natural beauty of  our neighboring island to the north, if you have to do it by foot.

Park Superintendent Fred Boyles announced a couple of days ago that it looks like August, when the guided motorized tours will be going into operation, more than seven years after Congress passed  legislation that required the National Park Service to operate vehicle tours on Cumberland from the Dungeness ruins on the south end to The Settlement on the north end and also for the Park Service to provide transportation for the disabled at attractions on the south end.

But democratic due process which required public hearings and impact studies, combined with extended periods that the Park had to operate without a full-time superintendent, made seven years go by. Boyles is actually widely credited for making the tours a reality, as he pushed for the hearings and other requirements to complete the bureaucratic process. Four vehicles and Four guides are the plan and three of them have already been hired.
“All that’s left is some more hiring and historical fact training,” Boyles said last Wednesday

On weekdays the Park offers two “Land and Legacy” tours and three on weekends and holidays. The tours will start at the Ice House Museum and Dungeness, follow the Main Road north and stop at Plum Orchard just past the halfway point to First African Baptist Church at The Settlement, the same church where John F. Kennedy Jr. and Carolyn Bessette got married Sept. 21, 1996 and has since become a big attraction.

Until now it has been quite a hassle to take in the sights of Cumberland in one day. Visitors had the option to take a ferry to the south end and walk or ride rented bikes to a few places and only on second and fourth Sundays could they take another ferry to the dock at famous Plum Orchard and tour it.

The massive 22,000-square-foot, 106-room Georgian Revival mansion was built in 1898 by Lucie Carnegie, as a retreat for her son George and his wife Margaret for a “mere” $10,000. Yes people…ten thousand dollars, that’s how much inflation has eaten away the purchase power of a US dollar. But George and Margaret where not completely satisfied with the size of the mansion and build two additions, which were finished by 1906. In any case, the Carnegies lived there seasonally and sometimes full-time, until George Carnegie died in 1921 and Margaret in 1924. They passed the home on to their daughter, Nancy, who turned it over to the Park Service in 1972, when Congress created Cumberland Island National Seashore, mainly as a result of this contribution of Plum Orchard.

When the need for renovation and restoration demanded a $6 million dollar price tag several years back, the wise decision was made to open the Mansion up for guided visitor tours. The island tours will be conducted in vans unless there’s a group of 15 or so. Those may take the trip in an open-sided tram, park superintendent Boyles said. He also pointed out that the ride maybe less-than-comfortable at times given the Main Road is dirt with a washboard surface in places.  I may feel a bit like riding a donkey between the island’s famous wild horses population.

For those of us who have explored the beauty and history of Cumberland Island by foot and bicycle in the past, the decision to open the island up for visitors with guided tours, may be a smidgen bittersweet, considering that once the first step is taken, massive development in the future is often the reaction, especially when governments run out of maintenance funds.
Under those circumstance, Mr. Boyles did the only smart thing in his effort to make Cumberland Island better accessible. For the Ferry Services from Fernandina Beach, it means loaded vessels for every scheduled guided tour. For Amelia Island it means, one more great attraction of natural and historical value to add to its action palette and for St.Marys it means more tourism, because not everyone can fit nor afford Greyfield Inn.

Of preservation interest for Cumberland Island is the fact the on July 11, two days before the motorized tours announcement, Cumberland Island released the Former Reserved Properties Management Plan and Environmental Assessment for a 30 day public comment period. The plan outlines how seven properties will be used by the National Park Service to further its mission of resource protection and visitor service. The comment period will be open for 30 days through August 12, 2011.   After the close of the 30 day comment period, the NPS will review the public comments and prepare a decision document to finalize the plan.

If you are interested in reading up on the plan and provide comments, click on the respective links.