South Florida to make the biggest marketing mistake by attracting campers. Miami and South Beach in particular needs "high rollers" that can and will spend the "rubles" else "the in-crowd" will scare away those that seek the high society etiquette. 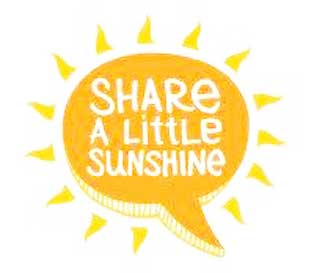 After a dismal 2009, local and state leaders are hoping a new program will help solidify the tourism industry in South Florida, and the focus of the campaign is on Floridians.

President of the Greater Miami Convention and Visitors Bureau, William Talbert says Miami’s hotels have been able to draw in tourists, but times are tough all over.

Miami is probably one of the most reliant areas on tourism in the country and the campaign focusing on attracting Floridians to come to South Florida may sound like a good idea. Yet upon a closer look and doing the math in a State that is amongst the hardest hit areas in the country, one would expect some more punch to attracting visitors to South Beach.

South Beach is not one of the most affordable areas to vacation in and asking your family to come and stay in the “glitz” may be a bit far fetched for most wallets, unless you drop the prices by about 80%.

Should such a drop happen you will see a counterproductive effect by packing more bodies that spend less money and thus putting a higher strain on the infrastructure while income will be dwindling domino effect. Miami and South Beach in particular needs “high rollers” that can and will spend the “rubles” else “the crowd” will scare away those that seek the high society.

St. Barths (Jimmy Buffett Island) in the Caribbean has made this mistake and do they suffer. The Island has always been a gathering of the “cream of the crop” vacationers until 2 years ago some dumb ass idiot decided that it was time to focus on mass tourism.

South Florida is implying to make the same mistake and Governor Charlie Crist and “Visit Florida” president Chris Thompson, both avid “get as many bodies to south Florida” program supporters, will unfortunately not being held accountable for destroying the Miami Economy by the time the dust settles.

St. Barths has seem an exodus and Americans that bought million dollar homes on St. Barths are trying to offload their formally prized possessions at 10¢ on the dollar without takers since penny biting cruiseship passengers are now invading their highly valued tranquility. Don’t get me wrong, I have nothing against Cruise vacationers, but if you shell out millions of dollars to buy a piece of Paradise you expect not to be overrun by 11,000 or so day visitors.

I can only hope that Amelia Island doesn’t make the same mistake as South Florida is now serving up to its tourism industry that will drive the already heavily strained pricing structure to lose its last appeal.