After three days of pondering the decision, she spent the $29.00 and renewed her membership so she could pursue this 100% match. 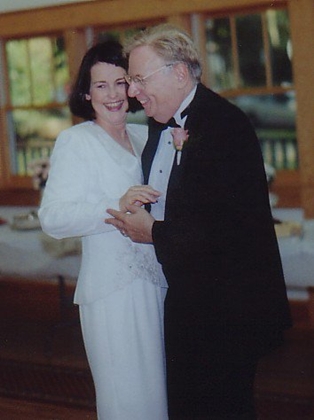 Honestly, I can say, “It appears they do.” We have a dear friend in Atlanta who met his second wife on-line and they have been married for almost as long as we have.

Nadine’s Match.com account delivered Rick to her in-box as a 100% match. This was the highest number for a match she had received by a long shot; and with her membership expired all she could view was his photo and profile. There was no contact information available without renewing her membership. After three days of pondering the decision, she spent the $29.00 and renewed her membership so she could pursue this 100% match.

Rick never heard of Nadine because he had placed a 20-mile limit on possible matches for his account. At the time, Nadine lived in Tampa and Rick was living in Orlando, Florida. 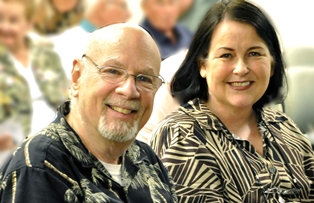 This love was truly a 100% match. Nadine is a psychologist and author. Comfortable with movie sets, she is also a screenwriter and filmmaker. Rick is an Emmy Award Winning television producer. Her first email ended like a screenplay, “…as the camera pulls back, and the music swells…” For Rick, it was love at first “read.”

The next ten days were packed with emails back and forth, which is the basis of Nadine’s newest book, 10 Days to Love.

Thank you Rick and Nadine, for sharing your story of finding love!

Still single and looking for love in all the wrong places?… maybe you should give an on-line dating service a try?