Does the United States Still Need a Central Bank?

This Federal Reserve is the Fourth Reincarnation of a National Bank. The first 3 were purpose driven. How about this one after almost 100 years being protected by Law. 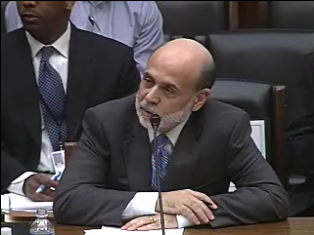 America has had four national or central banks since the American Revolution. There has been a lot of talk recently about the roles of central banks in countries around the world, including the Federal Reserve (the Fed) in the United States. While the Fed may be the most well-known today, it is actually the fourth reincarnation of a national bank in the U.S. The first was the Bank of the United States, which was created in 1791 to help consolidate debt from the Revolutionary War. Once the bank had successfully paid down the debt, Congress did not see any further need for a national bank, and voted not to renew the bank’s charter in 1811.

In the early 1800s, state banks were issuing their own currencies. As debts from the War of 1812 mounted, many suspended payments on their currencies. By 1816, public sentiment favored a national bank that would make state banks pay, and the second Bank of the United States was set up. President Jackson objected to the bank because he believed that powerful private institutions were susceptible to corruption and hard to control. The bank’s charter was allowed to expire in 1836.

Wars and Federal (National) Banks have a lot in common

In 1863, the need to finance the Civil War led to the creation of yet another national banking system. Banks with national charters issued currency that was printed by the government and backed by federal bonds. By 1865, state currencies disappeared and the United States had its first uniform national currency. The banking system was plagued by panics, however, experiencing at least one per decade after the Civil War. This caused Congress to reconsider the structure of the system and the Federal Reserve Act, which created the Federal Reserve that became law in 1913.

•    A Board of Governors, which sets reserve requirements for member banks and discount rates for district banks. It also reviews the budgets of district banks.
•    12 Federal Reserve district banks, which are private institutions established to serve the public interest. Originally, they issued money that could be redeemed in gold.
•    The Federal Open Market Committee was established in 1933, when the gold standard ended, to ensure responsible monetary policy.
•    The Federal Advisory Council includes a bank executive from each district. It advises the Board about the state of the industry and money supply.
•    The Consumer Advisory Council which looks out for the interests of consumers, communities, and the finance services industry. Members are appointed by the Board.
•    Several thousand member banks, which may include your bank.

Has the Fed concentrated too much power among the banking elite, as was feared in the early 1800’s?  More people are calling for a return to the gold standard, with a national currency backed by something other than a bureaucrat’s promise. That system wasn’t perfect, either, which is how we arrived at the present situation. We’ve traveled down this road before and find ourselves at a familiar crossroads, with much to consider.