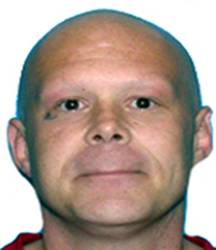 The Fernandina Beach Police Department has announced that First Degree Murder and Sexual Battery charges have been filed in the brutal 2007 homicide of 76 year old Ele Colborn, a well known community activist who was found beaten in her home on Inverness Road in our Lakewood subdivision on the morning of April 20, 2007. She never regained consciousness and died on April 24th at Shands Hospital in Jacksonville.

Dusty Lee Bowman, originally from Cincinnati, Ohio, was arrested on June 28, 2007 in St. Augustine, Florida and subsequently charged by the Fernandina Beach Police Department with a similar burglary and assault that occurred in our Ocean Sound subdivision on June 7, 2007. After that attack he fled to St. Augustine to avoid detection and arrest. He was located in St. Augustine and suspected in the burglary and assault of an elderly woman on June 22nd in that city, although not charged.

Bowman was held on outstanding warrants for violation of probation in Duval County until the Fernandina Beach Police Department was able to bring additional charges. Bowman was eventually convicted of charges stemming from the June 7th attack and sentenced to twenty-five years in prison. Subsequently, about a year later, prosecutors in St. Augustine were able to bring similar charges from the June 22nd case in their city. Bowman pled guilty during a suppression of evidence hearing. He was then sentenced to life in prison.

Meanwhile, the Colborn investigation continued to receive the highest priority by the men and women of the Fernandina Beach Police Department. As the two predicate cases were being resolved by the courts, much was done to further the homicide case, to include professional consultations, a psychological profile, and case review by the Behavioral Analysis Unit at FBI Headquarters in Quantico, Virginia. In addition, one of the leading experts in the world was brought into the case to examine the physical evidence. Those having contact with Bowman were interviewed and Bowman was monitored within the state prison system.

On September 9, 2011 a former cell-mate at Apalachee Correctional Institute in Sneads, Florida provided information about the case after Bowman showed him a letter from the Fernandina Beach Police Department. The witness contacted Police Chief Jim Hurley and advised that Bowman still had the letter, eighteen months after it was written, and that he acknowledged responsibility in the Colborn homicide.

On September 13, 2011 at the Charlotte Correctional Institute in Punta Gorda, Florida Bowman gave a taped statement to Chief Hurley and Police Captain David Bishop, confessing to the murder of Ele Colborn, while providing detailed information about the crime that only the killer would know.