A structural economic defect means that your revenue/assets are not enough to support expenses/liabilities. In effect, your business model is unsustainable. 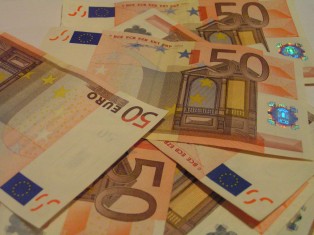 The Euro went drastically down to 1.206 to the dollar today.

Are the economic witch doctors addressing structural global economic problems with placebos instead of surgical knives? Are the world’s economic leaders focused on solving the wrong problem related to Europe’s sovereign debt woes?

As you may know, Greece and several other European countries are in debt up to their eyeballs. Much of their debt is held by European banks and there’s a big worry that if Greece or some other countries default, then some European banks may face major write-offs that could severely jeopardize their viability.

Unfortunately, what the powers that be in Europe are doing is akin to you going to the doctor and being treated for severe back pain with a heavy dose of pain medication. Rather than “heal” your back, the pain killer simply “masks” the pain.

Last week, five of the world’s leading central banks announced a coordinated action that made it easier for European banks to borrow U.S. dollars to help fund their loan needs, according to The Wall Street Journal. This move addresses the “liquidity” of European banks, but not the “solvency” of them. In other words, it helps ease the symptom of the problem without actually solving the problem.

Simply put, a liquidity problem means you are short on cash and unable to meet current payments due. Typically, it’s a temporary situation that’s resolved by a loan or selling an asset to raise cash. By contrast, a solvency problem is much different. It means you have a structural defect and your revenue/assets are not high enough to support your expenses/liabilities. In effect, your business model is unsustainable. Frequently, it leads to a restructuring or bankruptcy.

In Europe, Greece has both a liquidity problem and a solvency problem. And, by extension, the banks heavily exposed to Greece and some of the other weak euro zone countries may be facing a solvency issue if they don’t raise additional capital.

So far, European leaders have been unable to agree on a once and for all solution to solve the liquidity and solvency problems facing the euro zone. Until they make the tough decisions, we may be stuck in this volatile market environment a bit longer.