The following comments came from a Fernandina Commissioner in response to an editorial published by a local newspaper. 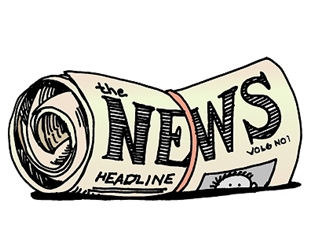 The following comments came from Fernandina Beach City Commissioner Eric Childers in response to an editorial that was published by a local newspaper.

Editorials by their very nature are subjective and in rare occasions devoid of fact, this is one of those occasions.

In a recent editorial, the assertion was made, “The current commission has suffered, we think, from a failure to move forward as a team to meet common objectives that benefit us all”. I’d like to address this, first “failure to move forward as a team”. Let’s set the record straight. According to the City of Fernandina Beach, City Commission Regular Meeting Minutes, from 5/19/09 thru 4/20/2010, the City Commission was presented with 257 issues, resolutions or ordinances. Of those the Commission voted unanimously to approve 221, twenty-five passed by a 4-1 margin, six passed by a 3-2 margin, three were approved by a 3-1 vote with 1 commissioner absent, and only one failed 2-3. Two hundred twenty one out of two hundred and fifty seven, approved unanimously, Eight-five percent. Include the twenty five 4-1 votes and that percentage jumps to 95%! This is a matter of public record and are the facts.

Second, “failure to meet common objectives that benefit us all”; I will try to be brief as we have accomplished much. At the summer retreat on July 10th, 2009 the Commission prioritized 5 goals, a comprehensive update provided to the Commission by the City Manager can be found at http://ericchilders.com/ongoing.aspx , here is a brief overview; (1)Complete Waterfront Master Plan; the plan was adopted by the Commission in December of 2009, you need only go down to the waterfront to see the progress. (2)Develop 5-year plan for the revitalization of the Historic Downtown; Passed Historic Property Tax Exemption (3)Conduct Analysis and Operational Study of the Marina, Golf Course and Airport; the Marina has been privatized and the golf course is currently being evaluated. (4)Conduct Operational and Process Efficiency Studies of each Municipal Department; the Community Development Department and Parks and Recreation Department have been evaluated and the results are forthcoming, and finally (5)Enhance the City’s Communication, Public Information and Awareness Capabilities; we have created a newsletter provided to each citizen in their monthly utility bill and enhanced the programming on Comcast Public Access Channel 29.

On a personal note, for over two years I have provided transparency and accountability through my web-site, you can sign up for my bi-weekly Commission Agenda updates here.

Other substantive enhancements to City policies include an appellant process for the sign and noise ordinances, a purchasing policy, the relaxation of the prohibition on restricted alcohol consumption on public property, pending modifications to the downtown density, reduction in permitting costs with approval of the pending Historic District “Matrix”, addressing Storm water runoff funding and the list goes on and on.

The evidence suggests a Commission that is active and engaged and I am proud to serve with each of them.