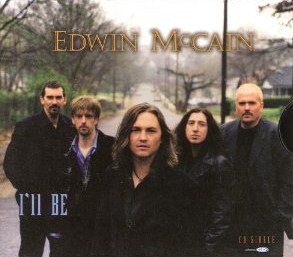 Platinum-selling recording artist Edwin McCain will headline an exciting lineup of local, regional and nationally acclaimed performers taking the Riverfront Stage for a series of free concerts on Amelia Island during the 51st Annual Isle of Eight Flags Shrimp Festival, May 2 – 4, 2014.

KTG gets the party started at 5:30 PM Friday evening with a wide variety of dance and party music. Band leader Kenny Levine is an amazing keyboardist, conductor, arranger and composer. Fronting the band are the soaring vocals and dynamic stage presence of Teri Harris Levine, combined with the talented Roderick “Mac” McMorries, an incredible singer and trumpet player who has toured with performers like Cameo and Michael Jackson.

Saturday morning, May 3rd, the festival opens at 9:00 AM and the Fernandina Beach High School Jazz Ensemble takes the stage at 9:30.

The Beech Street Blues Band is a cocktail of seasoned, local musicians including Jeff Malone, Dan Voll, Mike Hawthorne, Ronnie Stoots and Jay McPherson. The band’s influences include Blues, Rock, Funk and Country with the main mission of creating music that people can move their feet to. Catch this fun band at 11:00 AM Saturday.

The Honey Badgers perform at 1:30 and will be led by Hupp Huppmann on guitar and vocals. The Honey Badgers are one of the most popular groups on Amelia Island, thrilling locals and tourists alike. Hupp is joined on stage by Ray Hetchka on bass and vocals, Mike Devereaux on percussion and vocals, Hal London on Drums, Vic Deacon on guitar, and Jennifer Rooth on keyboard. Known for playing classic and acoustic rock songs everyone knows by heart, The Honey Badgers set on Saturday will focus on the music of the Beatles. 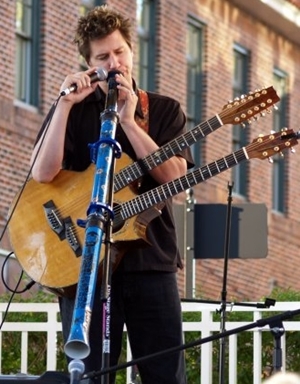 Performing at 3:30 PM is the dynamic, intense and passionate guitarist and composer, Dominic Gaudious. After a successful touring and recording career in the 1980’s, Dominic found passion in the world of Classical/World Beat music. Working mainly with six and 12-string acoustic guitars, he also incorporates exotic instruments like the Australian Didgeridoo. With impressive experience at worldwide events, Dominic was a finalist on FOX TV’s 30 Seconds to Fame. He has won numerous awards and for the past few years has delighted audiences daily at Downtown Disney as one of their most popular performers.

Headlining Saturday’s musical entertainment is the Edwin McCain Band. Edwin McCain’s voice is everywhere. At any given moment, a radio station in America is playing one of his songs, perhaps an American Idol hopeful is belting out I’ll Be or a newlywed couple is dancing to I Could Not Ask for More. Over a million Dr. Phil viewers voted I’ll Be as the best wedding song ever written, the New York Times dubbed him the “great American romantic”. The highlight of what I do is playing for and connecting with the people that come out to see me live,” said McCain. “The fans – and I hate to call them fans – the friends of music that survive the advertising campaign long enough to understand what music is truly about, and have incorporated my music into their lives to the point where it is are part of their memories and emotions – those are the ones I do it all for.”

Sunday May 4th, Karl W. Davis will be lighting up the stage at 11:30 with his warm and charismatic stage presence. He is a real southern blues and soul man. As an international artist Karl has toured throughout Europe and the U.S. spreading his own brand of gospel laden blues and soul. When he is not fronting and leading a 200 member choir with his own compositions, he is appearing with his band at the finest nightclubs, theaters and festivals. 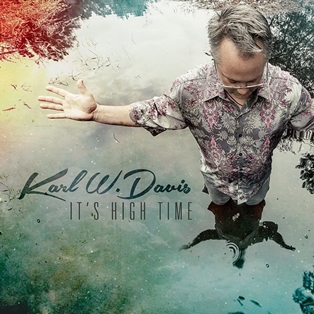 At 12:15 local favorite and Fernandina native, Woody Mullis will take the stage to a delighted hometown audience. Woody took a chance when he moved to Nashville, Tennessee joining Mike Geiger to become one of the most prolific songwriting teams in country music. His songs have been recorded by artists on major labels such as Capitol, Columbia and MCA, and netted the 1989 BMI Songwriter of the Year Award. Among his multitude of hits are Darlene by T. Graham Brown; This Missin’ You Heart of Mine by Sawyer Brown; Burnin’ A Hole in the Heart by Skip Ewing; Adalida by George Strait; High and Dry by Kenney Chesney; Before I Die by Tracy Byrd, Hillbilly Shoes and A Cold One Coming On by Montgomery Gentry, and many, many more.

Wrapping up the 51st Annual Isle of Eight Flags Shrimp Festival will be the Party Band of the South, The Swingin’ Medallions! Taking the stage at 2:30 PM on Sunday, their classic hit, Double Shot of my Baby’s Love was once referred to as “the greatest Fraternity rock song of all time” by Bruce Springsteen. The Medallions continue to thrill audiences of all ages with their high energy party style performance and their timeless music. Look for the band’s original hits, plus a mixture of ’60s, ’70s, ’80s, ’90s, beach music and current top 40 hits.

The Isle of Eight Flags Shrimp Festival, as presented by Publix Supermarkets, is a free event held the first weekend may in historic, downtown Fernandina Beach, Florida. The festival has over 300 juried arts and crafts exhibits, antique booths, a Kidz Fun Zone, delicious shrimp dishes, lots of contests, a boat parade, Blessing of the Shrimp Fleet, and scores of Pirates.