Here are a couple of items to get you in the mood for Election Day! 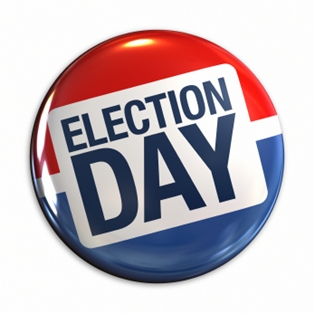 Here are a couple of items to get you in the mood for Election Day!

Author Unknown
T’was the night before elections and all through the town
Tempers were flaring, emotions up and then down.
I, in my bathrobe with a cat in my lap
Turned off the TV tired of political crap!

When all of a sudden there arose such a noise,
I peered out my window and saw Obama and his boys.
They had come for my wallet, they wanted my pay to give to the others who had not worked a day!

He snatched up my money and quick as a wink, jumped back on his bandwagon as I gagged from the stink!

He then rallied his henchmen who were pulling his cart, I could tell they were out to tear my country apart!

“On Fannie, on Freddie, on Biden and Ayers! On Acorn, On Pelosi,” He screamed at the pairs!

They took off for his cause and as they flew out of sight – I heard him laugh at the nation who wouldn’t stand up and fight!

So I leave you to think on this one final note, “If you don’t want socialism, then GET OUT AND VOTE!!!

GOD BLESS AMERICA, OUR ONLY HOPE!