Evolution of the Cell Phone, A 30 Year Journey

For more than three decades, cell phones have undergone a rapid evolutionary process that is worthy of amazement. 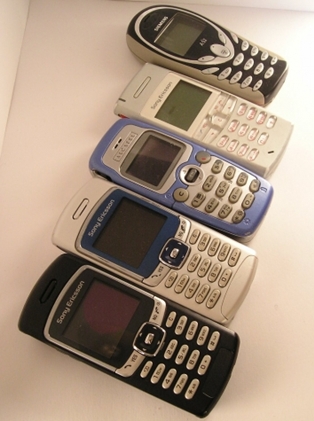 For more than three decades, cell phones have undergone a rapid evolutionary process that is worthy of amazement. Today’s sleek models operate at record speeds (using predominately 3G and 4G LTE systems); but their predecessors can all be traced back to an early analog Motorola model, the DynaTAC 8000x.

First sold in 1983, the DynaTAC 8000x weighted a whopping two and a half pounds and measured 3 x 1.75 x 3.5 inches. It had a wide-array of specs, which included a 30-minute battery life, single-line, text-only LED screen, and an eight-hour battery charge. None of today’s pretty bells and whistles or sensitive touch screens were included in this brick of a phone. At nearly $4,000, this primitive model was the only commercial mobile device of its time. On the big screen, it made quite a debut on both the 1980s hit sitcom, Saved by the Bell, and the Michael Douglas Blockbuster hit, Wall Street.

Between 1984 to the present, wireless subscribers grew from 300,000 to over 1 billion globally. And since the early DynaTAC 8000x days, countless cell phone models have gone on the market. They have shrunk in size; and at other intervals, they have grown once more, always adapting to accommodate the needs of the modern day consumer.

A new report, by Juniper Research found that by 2017, 2 billion mobile and tablet users will watch TV and videos on their devices. Equipped with wifi, usb ports, gaming, mobile apps, etc., cell phones are a fundamental part of our mobile society.

Some smart phones are a lot like mini-tablets, or “phablets,” which utilize larger screens and are capable of performing at the standards of computers and tablets. Leading devices, like the Samsung Galaxy S4, the HTC One and the iPhone 5 are prime examples of today’s latest, fastest, and most developed mobile capabilities.

App stores for iPhone models and Android devices alike, provide access to thousands of apps for download. Music can be uploaded; movies and hi definition tv can be watched anywhere; thousands of books can be purchased; video calls can be placed via Skype, etc.

As the internet becomes more accessible, cell phones, with all their numerous makes and models, reflect the single-biggest technological change in our now digital, mobile society. In just a 30-year span, brick phones have morphed into sleek, convenient tools to facilitate communication, share information and access tools for entertainment purposes. With this trend, it’s hard to fathom what the next 30 years will hold for mobile technology.

Guest contributor Andrea Fisher is an online marketer and content specialist from North Carolina. She is a published journalist & blogger with an English degree and political science minor from the University of North Carolina at Greensboro.