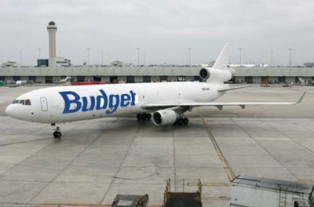 FAA without operating budget since 2007

Yet another failure of the US government following the debt ceiling debacle is costing the American Tax Payer as much as US$1.2 billion in uncollected tax revenues and 75,000 jobs on hold. By failing to reauthorize the FAA’s 7.5 percent airline ticket tax, the US Congress did more than furlough 4,000 airline workers and some 70,000 airport construction workers around the nation, when they went on summer recess without breaking the funding stalemate. It also raised questions about the future of air safety.

While researching some of the tree issues and and Essential Air Service (EAS) pertaining to our local airport in Fernandina Beach for an article last week, I ran into another incredible farce of Washington politics which is putting 75,000 jobs on hold and endangers a nation is looking at a 10 Year Memorial of the gruesome September 11 attacks, that created Homeland Security, the TSA and resulted in two wars that are still costing Americans their retirement and health plans.

Here are some questions and answers about the recent situation, I picked up from a post on the website Travelmole explaining where the US government’s failure to keep a Federal Aviation Authority (FAA) tax in place has cascaded into possible chaos.

Q: What is this fight about?
A: The stated issue is lawmakers’ partisan bickering over a paltry $16 million in subsidies for rural airports.

Q: There must be more to it, no?
A: When Congressional issues came up on funding the FAA, Winter Park Republican John Mica (chairman of the House Transportation Committee) inserted a small provision that cut federal subsidies for a small number of rural airports. Unfortunately, that included one in Nevada, home of House Majority Leader Harry Reid. Uh,oh. There went the deal.

Q: Is the issue more symbolic of government?
A: Yes, Mica says, referring to Republican efforts to reduce the national debt. “If you can’t agree to these minor cuts to move forward, what can you accept?” he asks.

Q: What’s the biggest impact?
A: Money. With the government refusing to extend operations, the FAA can’t collect the $7.50 cost of each ticket purchased by passengers. That adds ups quickly to billions of dollars but now, under the current situation, many airlines simply pocket the difference.
Q: And other issues?
A: Mica said continuous extensions of the FAA charter each year have cost the agency tens of millions of dollars or more because the lack of a long-term plan breeds inefficiencies.

Q: Is this really a new situation?
A: Not really. Since 2007, Congress has been unable to agree on an FAA charter and instead has passed a series of extensions to keep the FAA running while lawmakers debate an overall funding plan for the agency.

Q: What about the safety issue?
A: Government officials have reassured the public that safety is not impacted. They say air traffic controllers are still on the job, for example. They work under a different budget. But about 250 ongoing projects, including some involving future safety, have been put on hold.

Q: Is anyone benefiting from this?
A:  Sure, the airlines. Many have simply pocketed the $7.50 for each ticket that normally would go to the government.

Q: Any airlines that have passed on the savings?
A: Sure. Alaska is among them. “We’re holding fast to our policy of passing on the savings to our customers,” said Alaska spokeswoman Marianne Lindsey. But some airlines are also using the tax in marketing. Virgin, which raised fares on many routes after dropping the taxes, is discounting fares on flights from Seattle and Mexico where it competes with Alaska.

Q: What do the airlines say about lawmakers’ efforts to urge them to skip the tax?
A: “We cannot comment on possible future pricing actions. Sorry,” said Mike Trevino, a spokesman for United Airlines.

Q: When this happened before, the IRS allowed passengers to claim deductions. Will this happen again?
A: Passengers who bought tickets prior to the shutdown and then flew when the FAA didn’t have the authority to collect taxes can appeal to their airlines for a refund or submit a claim to the Internal Revenue Service. Details are still murky.

Q: Where does that $1.2 billion figure come in?
A: Since the partial shutdown, the FAA has been unable to collect ticket taxes from the airlines, including a base 7.5 percent levy that has already led to a lost $200 million by the government. The government will lose around $1.2 billion in ticket taxes if the shutdown continues until the US Senate returns in September.

Q: Other personal impacts?
A: There are 4,000 furloughed airline workers and more than 70,000 construction jobs around the country on hold until the airport tax issue is resolved.
Q: When might things get back to normal?
A: The situation will continue at least until labor day when Congress returns from a month-long break.

To spell out the problem a little more in detail of why Congress failed to authorize the FAA spending we have to look at history.

First there was a major sticking point with legislative language that would make it more difficult for unions to organize within the airline industry, ”a contentious issue that will not be quickly resolved in the poisonous Washington climate”. But Congressional inaction also raised the issue of the $200 million so-called “Essential Air Service” or EAS program.
Created in 1978 to help rural airports and small communities face a deregulated airline system, EAS should have expired a decade later. But three decades later it’s still around. Which of course why it is no surprise that it is fast becoming the metaphoric poster boy for wasteful government spending, entrenched interests, political gridlock, and (surprise!) an airline industry so completely clueless that it demands more money to operate the supposedly ‘essential’ flights even as the nation is struggling to find ways to spend less.

In today’s political climate the Essential Air Service program survives because “it’s a tasty bit of pork that legislators on both side of the aisle like to bring home to their constituents”.  And looking at the $2.7 million we received last year from the Feds for our little airport, I guess we’re looking at a cycle that is near impossible to break, never mind how loudly we demand smaller government.