Facebook introduces Groups to establish user control,-privacy and -empowerment. We can now download all our data securely and take it wherever we want. 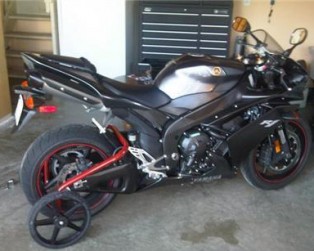 Facebook has taken off the training wheels in Social Networking

It is often said that most people these days start and finish their day on Facebook, so when Facebook rewrote the rules of social networking yesterday and addressed what founder Mark Zuckerberg called social networking’s “biggest problem”, it also addressed my personal biggest concern: how to share relevant information with particular people or groups based on their interests.

I have always argued that it is not cool to annoy all my friends with a daily entry of surf conditions the moment I walk off the beach in the morning.
Only my friends who are surfers and do not have access to that immediate information are interested and would love to hear about it.
So Zuckerman and his gang came up with the simple solution, for now at least: a new feature called “Groups” that allows users to segment their friends, or form specialized networks within Facebook.
This new feature is part of several changes designed to give Facebook’s half-billion users more control over the information they share, including updates, messages and photos.
With Groups, a Facebook user can now create a interest group and then invite his friends to join. Those users in turn can invite their friends to join. The groups can be public, closed or secret, and the users can control the levels of privacy of the groups. Users can have an email list, document sharing and group chats.
Although Facebook did not set an official limit on the size of the group, certain limitations will apply. For example chatting and the newsfeed functions are turned off or limited once a group gets beyond 250 people. I can hear the marketers of course, salivate over this kind of information as it focuses sharply on the quantity vs. quality story.
It’s a smart move in Facebook’s monetization plan as well as brands will now start paying top-dollar for what we call in the industry “first degree connections”.
A second new feature is a tool called “Download Your Information,” which allows users to download a file of everything they have ever uploaded or said or RSVP’d to on Facebook. That includes all wall messages and photos and with that Facebook also introduced portability of this information with a dashboard that shows users all the applications they have downloaded and allowed access to their profile, and what information that application has used.
This last feature is a genius preemptive strike against the Federal Trade Commission’s investigation into social networks. Offering data portability to its users, while a clear benefit to consumers, will make FaceBook the poster child for the industry standards to meet or exceed.

At yesterday’s event, we truly witnessed Facebook’s coming of age as it kicked off of the training wheels and gave the clearest indication yet of how it intends to expand in the future.
Clearly, Facebook’s future is about user control, user privacy and user empowerment. Users can now download all of their data in a secure way and take it wherever they want. Facebook has parlayed its past mistakes around communicating user privacy into a massive strength, offering full empowerment to its users.
With the ability to tag friends – just like in the Photos product – and full email integration, Facebook Groups will be the most powerful group communication tool on the internet.
And here are a few ideas why (in my humble opinion) on how to leverage Groups for Businesses:
• Empower employees to share information within your company by creating a private Group. Why sign them up to a new service, while they already are on Facebook your employees are already on Facebook. Why take them elsewhere
• Create a private Group for your most avid customers. Empower your most loyal customers to meet each other, share information and talk about your business in a controlled setting. By doing so, companies can create a better sense of community and create a forum for idea sharing amongst customers that are most familiar with their brand.
• Create a private Group for your management team. Give your most senior employees the ability to communicate in real-time through a social collaboration environment that already exists.
• Create non-competing supplier groups and networks, especially in service industries such as travel and tourism.

Facebook has entered the next stage of its development and laid the foundation to build a massive monetized business far beyond the reach of Google and it’s now putting the pieces in place to scale over the long term.