There were many times when I wished I could just reach into their lives in some way and pull the pain out of their hearts. 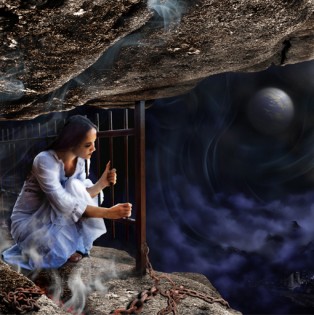 Spiritual Desperation comes from pain in my heart

Are you devastated by a broken relationship? Do you sometimes wish to be a hermit, away from human judgements?  Are you hurting from a broken heart?

Some of us deal better with life’s desperations than others. There are parts of life that we cannot avoid, and some people seem more susceptible to these than others. There are certainly some people who laugh more, cry more, and inevitably, hurt more. Often a hurt relationship cannot be healed. It is in times like those that I encourage you to learn to get rid of the emotional garbage and move on. Now I know, as well as anyone that this is easier said than done, and therefore I want to make a few suggestions as to ways of doing just that.

Dealing with a bruised relationship usually hurts, and sometimes it’s the deepest hurt of all. There are many times when someone has sat across my desk and cried or placed their troubles into my ear over the phone, and I wished I could just reach into their lives in some way and pull the pain out of their heart. But solving a problem just doesn’t work that way, and it’s probably a good thing that it doesn’t. There are often reason for the pain. There are things to learn that through the struggle make us stronger, wiser than we may want to be, and able to face newer situations in maybe a brighter light, if we pay attention to the lessons learned from the pain. How many times I have been told that the person talking to me would do anything to get rid of the hurt; and yet it is the hurt that teaches us the foolishness of our own ways, and helps to make us wiser to the choices of our own future.

I know this from first-hand experience. In notable times of my success in both business and ministry, there were times when I made very foolish mistakes. And what I didn’t realize at the time was the more notoriety I enjoyed through business success, the harder was the fall when I made a mistake. And the more people that know about your mistake, the more people take your mistakes out of proportion and context and make up stories of things that never happened, because the human ego says: The bigger his mistake, the smaller my mistakes.

I have learned this the hard way, and not just once, in dealing with deacons in a church as a pastor, with customers during formal business operations, in personal relationships, and even family conflicts.

At one time I was bearing the shame of public ridicule for a mistake I made when I was pastoring a small church, and was well known in the community. I was driving home from teaching a class, when I suddenly heard on the radio my name mentioned, and learned that I had become the topic of a local talk show, with my mistakes being accentuated at my expense. And the things I heard said about me I could not believe, because my mistake had been blown out of proportion. So shocked was I at the lies coming at me over the radio waves that I pulled the car off the road and to sit and listen to this discussion about me, but without me. Of course this discussion hurt me, especially the lies which I had no defense again. Truth was mixed with lies, but no one in that radio station knew how wrong I had been, more than myself.

Of course I weighed my options. I could call the station and scream for equal time; I could sue them in court; I could give up and cry the rest of my life. But instead  I determined then and there to make right the problems I was responsible for creating, and then to take the hurt I was experiencing and turn it into a lesson.

For the rest of my life since I have been grateful to that radio station and the experience of that talk show shock for making me stronger, for choosing compassion to help me in making the right choices, and for being able to share the experience with others in the hope that both my disappointments and better choices would make them stronger as they go through life. I would make things right, accept the consequence, and move on to better things. I even turned off the radio before the discussion was over. Let them talk; I had things to accomplish.

Now maybe your hurt is more or less dramatic, and maybe you are not in the public limelight like I was then. But you do have your own audience, in your family, your friends, and your business associates. And no matter what your public status, I’m sure your hurt is as great as mine was, when you are treated falsely, your motives are questioned and your decisions are faulted.

Now please read this very carefully: I am grateful for every ounce of pain I felt during that time of personal rebuilding, because I would not be the person I am today were it not for the pain I felt during that time of trial, and I would not have my history be any different. I was out there trying. Yes, I had made mistakes, but I was on the battlefield, and I have never retreated except to reload. Life is a battle, and there will be scars, but the last thing you and I need to do is resign from the battlefield. The pain you experience from your hurt relationship is a gift! It is trying to teach you something, and this is the time to learn its lesson, whatever it is.

Sometimes the lesson is not clear for years, but when you can finally analyze its benefits without the initial emotion, you will see the lesson clearly. And you are the better for it, if you are paying attention with your heart.

You don’t want the pain to leave too soon: It is slowly trying to teach you things about yourself and the people around you. Those things that hurt you, those things that offend you the most, are the things that teach you who you are and where you need to change and grow. Your hurt will awaken in you a desire and need to change, and give you the motivation to act towards life in ways that you would never sensitize yourself if it were not for the hurt. I have seen people who in their success have never experienced any hurt or problem yet, and those people can be both cocky and unreachable. You don’t want to be one of those people.

The person who has hurt you has actually done you a favor by demonstrating what problems you need to resolve, and you have the opportunity to grow with the punches you are receiving. The more battles you win, the closer you are to the championship that you so desperately seek. The more uncomfortable the situation, the greater need to understand what forces you need to collect and what personal changes you need to make to overcome the conflict. Without the hurt, you wouldn’t care, and there are plenty of people that don’t care. You know some of them, and you usually don’t want to be around those people, nor do you want to become one of them. And if you are one of them, then it is really time to change. Your bitterness will kill you and rob you of the joy of life.

Your hurt, your conflict, your problem and the pain of its resolution, is a gift. It is said in sacred literature,

I have been told by some that they cannot see the problem, like not seeing the forest for the trees. Facing the conflict, even if you don’t understand it, will shine light on the darkness and bring you closer to a solution. The greatest problem facing many is that they refuse to even face the conflict, and would rather ignore it out of existence, until one day it explodes in their face when they least expect it.

Face the problem and generate the light.

And the most difficult part of this situation is to face the problem with the same intention that we receive some light to the problem, for it comes to us with compassion. Your close relationship said something that hurt you? Your friend ignoring you? Someone blaming you for something you didn’t do, or meant or said, or for that matter, something you did do? Then face that person with compassion, and be gentle on both yourself and your counterpart in the conflict, while trying to resolve the problem.

Bitter? Angry? You can still face the problem and seek light for both you and your conflict. When you bypass any of the bitterness and/or anger you will find that you really want resolution to the conflict, and you would prefer that both you and your companion are at peace.

Have you given yourself an opportunity to have peace in your heart over the problem you have encountered in the relationship? Have you given your partner or friend the same opportunity to resolve the problem? How often I have encountered someone in a broken marriage or disrupted relationship to make clear they are unapproachable, that their acquaintance will never have an opportunity to resolve the issue because they will not be available, by either phone or in physical or mental presence. If this is your choice, there is no hope for peace. Life just doesn’t work that way. “I don’t want to talk about it,” never solves anything.

Many spiritual and physical Principles that run the universe are mostly unchangeable, as they create the order necessary to live. But Human Life is changeable, and we humans need to accept the opportunities to grow with changes. Never be unchangeable in anything: Learn and adjust your points of view for better ones, in both your beliefs and relationships.

And if the one with whom you need to resolve the conflict is unavailable to you, you need to move on, knowing that you have done the best you can, and nothing else is required until a new door is opened and made available to you to walk through Only you can rest with your own heart and its intent.

Be open and compassionate to what the present has to offer, bury your mistakes in the past, and be willing to bring to a broken relationship your compassion and forgiveness. You just may repair the break, and hearts may be healed.