Fathers Day is for those Called Dad

Father's Day is a time to thank Dad for teaching you how to make fart noises with your armpit, throw a fastball, or drive a car. 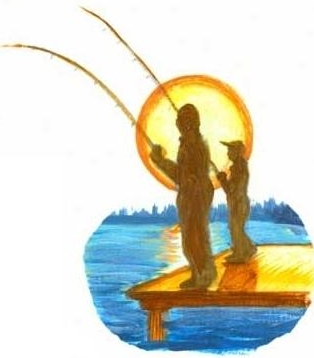 “Any man can be a father, but it takes a special person to be called Dad.”

Although the third Sunday in June was not declared Father’s Day until 1972, this Sunday, January 20, 2010, is actually the 100th anniversary of Father’s Day.

After hearing a sermon about the importance of mothers, a woman from Spokane, Washington, suggested to her minister that there should be a day to honor dads. One year later in 1910, the governor of Washington established a tribute to fathers, or Father’s Day.

Long deemed a “Hallmark” holiday, it seems that fathers get the short end of the stick when it comes to celebrating. According to Rush Limbaugh, over a billion dollars is spent in retail sales and even more is spent dining out for Mother’s Day. It seems that mothers prefer a day out of the kitchen, but a day for fathers is more likely to include throwing a steak on the grill and watching the big screen.

Popular gifts for Father’s Day include ties, cologne, and shirts. Other great Father’s Day ideas might be to take your dad fishing, golfing, or even to the movies. If you can’t go and visit, make sure you call and tell your dad that you are thinking about him on his special day.

All in all, Father’s Day is a time set aside to pay tribute to your father, the man that taught you how to make fart noises with your armpit, throw a fastball, or drive a car. Thanks, Dad.