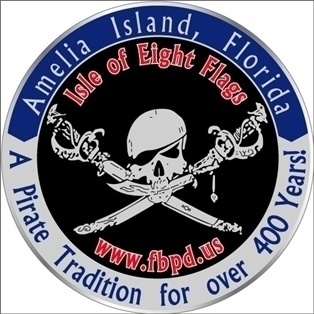 The Fernandina Beach Police Department has released its annual Uniform Crime Report (UCR) statistics for 2009. The annual tally of reportable incidents reflects a 2% increase in Part One Crime, when compared to 2008. We reported 514 Part One Crimes in 2009, 340 of which were incidents of larceny, while 108 burglary offenses were recorded. The current five year average of Part One Crimes in Fernandina Beach is 490 total incidents. A part of the total, the number of violent crimes increased from forty-six to fifty-six incidents.

Once again the City experienced no homicides, and again recorded four incidents of sexual assault. Twenty-two robbery incidents were reported, although robberies involving a firearm saw a reduction from eight incidents to a total of six. Thirty incidents of Aggravated Assault reflect an increase from twenty-five a year ago.

Domestic Violence
The City investigated a total of fifty-three incidents of domestic violence during 2009 and made forty-two arrests related to those incidents, which reflects our pro-arrest, zero-tolerance approach to domestic violence. Partnering with Micah’s Place, detectives review every incident of domestic violence to ensure that everything possible is done to stop the cycle of violence, to include court ordered protection, sheltering, and arrest. The Police Department strongly supports Micah’s Place in its proactive strategies, to include early intervention and education through innovative programs such as Dating Violence.

Larceny Crimes
Larceny, the single largest category of crime, saw a reduction in thefts from vehicles, from 123 in 2008 to seventy-one last year, and an increase in shoplifting from forty-five in 2008 to seventy-two incidents last year. Bicycle theft statistics were mostly unchanged, from twenty-six in 2008 to twenty-seven in 2009. The Fernandina Beach Police Department recommends registering bikes by using the simple form found here to help officers recover your stolen bike and to hold thieves accountable.

Traffic Crash Analysis
An analysis of traffic crashes within the City of Fernandina Beach reveals that 85% of our 292 reported traffic crashes occurred during daylight hours and that a total of only thirteen injuries were reported, supporting our claim that most are minor incidents. South Fletcher and South 14th Street continue to be our busiest roadways for traffic crashes, while 125 crashes, or 43% of all traffic crashes, occurred in parking lots. Working with the Florida Highway Patrol, the Fernandina Beach Police Department has developed an educational pamphlet dealing with issues related to parking lot traffic safety and is also conducting a poster contest at Fernandina Beach High School to help educate the motoring public about the frequency of parking lot accidents. While usually only “fender benders,” parking lot accidents can be a major annoyance for everyone involved and are easily preventable if drivers adhere to some common sense precautions.

Community Partnership
The Fernandina Beach Police Department reminds citizens to remain vigilant in their efforts to reduce crime in their neighborhoods, to maintain a Crime Watch program within their homeowner areas, and partner with the police department to problem solve issues of mutual concern. Residents can report habitual traffic offenders on our website and can request traffic and security surveys at any time.

Historical Crime Data
The Fernandina Beach Police Department publishes crime statistics on the website at www.fbpd.us. In fact, visitors to our webpage can view the UCR crime numbers dating back fifteen years, from 1995 through 2009, and can also view recent crime data on our virtual map application.