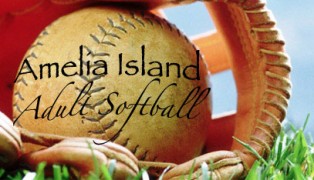 Looking for new and creative ways to support local small businesses? If yes, then this article is for you! Our very own Fernandina Beach Adult Softball league begins Monday September 20, and features fourteen of our very own local businesses and their finest employees, friends and family. Come out and show your Island spirit! Games are 100% free to attend, making this yet another frugal activity to help us all maximize our island experience and appreciate our community. (Go here to see eight more great ways to experience Amelia Island on a budget). League practices and games are held on Mondays and Wednesdays at Ybor Alverez ballpark, located on the south end of Bailey Road after the Island Parkway intersection. There will be moderately priced concessions offered as well as entertainment you just can’t pay for!

Here’s a little information about the league and its rules:

It’s an adult (18+), co-ed, slow pitch softball league, sponsored by the City of Fernandina Beach Parks & Recreation Department; ASA rules are enforced. By September 3rd, each team had to pay an entrance fee of  $400, so obviously many people are taking this sport’s season rather seriously! According to Leaguelineup.com, there are fourteen teams competing this year. All teams must play a minimum of four women on the field/ line-up throughout each game. (But listen up, captains! Let’s be real; having more than four women on the field could benefit your team greatly depending on the females’ talent and experience relative to the males’). Competitive teams are described as those which may hit 3 homeruns per game until there is a 1-up rule. The 1-up rule gives the opposing team a point the fourth time a homerun is hit and every time there after. There will only be two Competitive teams this season. A Recreational team refers to the majority of this season’s teams, those which may hit one homerun until the 1-up rule is enforced.

I spoke with Jason, a representative of the league, about the discrepancies between the two types of teams and the fairness of the games. He explained, “Competitive teams are more for those who are more experienced, and have been playing for a long time. They’ve been to tournaments and so forth. Recreational teams are for those who come to me and say this is their first year, or they haven’t played in over ten years. There are different league rules for each type of team because they are at different levels.” I asked him about the game schedule and how the two advanced teams would be able to compete respectfully against virtually an entire league of amateurs. His response: “There will be a lot of inter-league games because of that. When a Competitive team plays against a Recreational team, that’s considered an inter-league game. They will each play by their own set of rules, the homerun rules.”  So, as it seems, there shouldn’t be too many embarrassing butt-kickings this season. Though if there were, wouldn’t you want to be there to see it for yourself? I’m just sayin’… It’d be worth checking out!

Author’s note:  Listen up, Recreational teams! My husband and I are playing for team Martex (landscaping and lawn services). We’re lean. We’re mean. And we’ve got some talented women on our team! Better bring your A-game, ’cause team Martex knows no mercy!