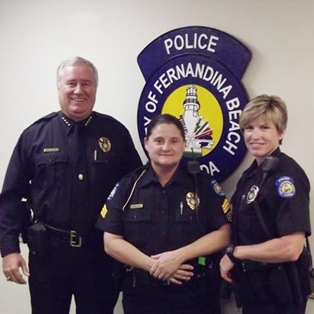 Sergeant Hamilton joined the police department in 2000 and has been assigned to Criminal Investigations since 2003. Over the past ten years she has received numerous public and departmental commendations and has been frequently commended by the State Attorney’s Office for her exemplary work on many high profile criminal cases.

Michelle Arseneau was hired in March 2012 as a part-time police officer and has served as a non-paid Reserve Police Officer since that time. She has now been promoted to a full-time Police Officer position, effective immediately.