In the News, Interesting Locals

The Fernandina Beach Police Department's 2013 Civilian Employee of the Year was awarded to a Police Communications Officer. 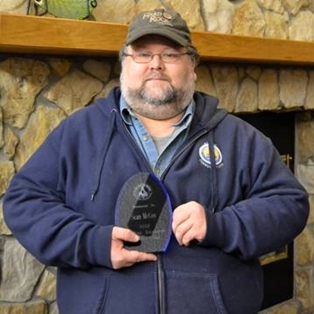 Fernandina Beach, FL – Although they perform a vital service to our community as critical support to our police officers on the street, the Fernandina Beach Police Department’s 2013 Civilian Employee of the Year was awarded to a Police Communications Officer. These officers seldom receive the recognition they deserve. They are usually the first person a citizen has contact with when they are requesting police services by telephone or in person at the police station. The Fernandina Beach Police Department stresses Customer Service as a core value and our dispatch staff does a great job making a first impression, often under difficult situations.

The Communications Officer has to be familiar with the geography of the City to determine if a police officer should be dispatched or if the call for service should be sent to the Sheriff’s Office. Our gerrymandered borders can be a nightmare for new employees! In addition, they sometimes have to calm people in distress, just so they can get enough information to get assistance to them. While remaining calm during an emergency may be a job requirement, it isn’t always easy to achieve.

Communications Officers have to multi-task, especially when tensions are high. They must obtain critical information on the telephone, while also monitoring the police radio and typing Mobile Data Terminal (MDT) messages to computers in the police cars. In fact, “Multi-tasking” is an understatement when describing the duties of the communications officer. In a nutshell, our Communications Officers are the life-line between our community and our police officers. Without them we could not provide the high level of police services our community enjoys.

Sean McCoy has been employed as a Communications Officer with the Fernandina Beach Police for over a decade. As the senior Communications Officer, Sean is often called upon to assist with verifying entries into the Florida Crime Information Center database, which must always be accomplished in word-perfect accuracy.

As the senior Communications Officer, Sean has earned his pick of work shifts. Recently when staffing levels were short, Sean volunteered to work midnight shift for an extended period of time so that other members would not be burdened with having to alter their child care schedules. In addition Sean has often come in on his day off to cover for a sick colleague or to supplement staffing on a busy night. Sean plays on his reputation as a “friendly grump.” He pretends to be gruff at times, but he is known as an employee that will never hesitate to help a citizen who calls the police department or an officer that needs information. His overall dedication to the City of Fernandina Beach is exemplary and he has been selected as the 2013 Civilian Employee of the Year.