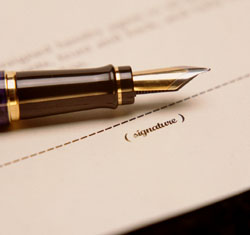 Maybe you have already heard the rumors flying around Fernandina Beach that one of the goals of the two new city commissioners was to ensure the firing of City Attorney Tammy Bach, and the firing of current City Manager Michael Czymbor and replacing him with Joe Gerrity, a former City Commissioner and Mayor.

Interestly enough, I received a last minute posting about a “Special Meeting” of the Fernandina Beach Commissioners. Notice item #4.1, “CITY ATTORNEY EMPLOYMENT AGREEMENT – This item is placed on the agenda at the request of Commissioners Corbett and Pelican.”

The meeting will be held January 13, 2012 at 5:00 PM in City Commission Chambers on Ash Street. Here is the agenda:

Considering the recent public outcry against the wasteful spending of our local government, citizens should realize that there is a pretty hefty severance clause in Michael Czymbor’s contract with the city… at the tune of about six months wages.

But how much money is that? In October 2011, HistoricCity.com reported, “Michael J. Czymbor, City Manager of Fernandina Beach, earns $106,516.80 per year.” The numbers may not be 100 percent accurate and I have no idea if his benefits, sick days, personal days and vacation days will be factored into the equation, but the simple math shows the City Commissioners are willing to spend at least $53,000.00 of tax payers money just to get rid of him.

The final piece of the rumor is replacing Czymbor with Gerrity. Who just so happened to have resigned from his job as the Suwannee County Coordinator on January 3, 2012. According to the The Suwannee Democrat, Gerrity’s final day will be February 3, 2012.

Gerrity has served more than once as a City Commissioner. Nassau Neighbors Editor Derek Kinner reported in April of 2005 that “Gerrity served one term on the commission, from 2001 to 2004, including two years as mayor, before losing his re-election bid.”

Gerrity and Czymbor have history as the NewsLeader reported in an article titled, “Commissioners chastise Czymbor again” in April of 2008, which was around the completion of Gerrity’s last stint as a commissioner.

We will see what happens Friday, but the latest rumors include a deal may have already been struck as a 3rd Commissioner has jumped on board and Czymbor will receive at least $53,000, but that figure may be as high $90,000.