Festival Sells Out in TEN Minutes

A sold out music festival is a feat in itself; but to sell out in just 10 minutes is unheard of. The secret these days is cross-over performances. 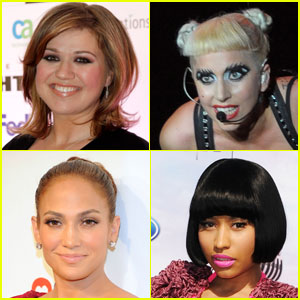 With the relative successful stock offering (IPO) success of Internet Radio Provider Pandora on June 14, it should not come as a surprise that radio behemoth Clear Channel announced the relaunch of its online service iHeartRadio, which currently allows listeners to tune into the chain’s terrestrial-radio outlets from all over the country (as well as about 150 digital-only stations) and which will eventually allow listeners to personalize their stations, in a similar fashion as Pandora.
But it is the way they planned to reintroduce their “new and improved” service that set a new record, with organizing a Two Day iHeart Radio Music Festival at the Las Vegas MGM Grand, with popular TV host Ryan Seacrest on the microphone.

Here is what happened last Saturday when tickets were put into the General Marketplace by Ticketmaster. The event sold out inside of TEN MINUTES.  A sold out music festival is a feat in itself; but to sell out in just 10 minutes is unheard of.

Remarkable was that with this star-studded bill, admission price was set at a surprisingly decent $45 per day before service charges. However as soon as Ticketmaster opened its doors, tickets went for upwards of $290 a pop per day, which means decent seats to both days of the show ran music fans nearly $600. Now that is free market forces at work.

A couple of interesting notes however on radio formatting and festival choices.

• I miss Adele in the line up and she is by far the hottest cross over pop star/singer/performer on the charts this year. It’s not because she’s British, is it?

• The power of TV programs such as American Idol and America’s Got Talent in making cross over a preferred choice for the masses.
No festival organizer in their right mind would mix HipHop with Country or Adult Contemporary (who thought about that name for a music genre) 20 years ago, yet today it is almost a requirement for success. Pop, Hip/Hip-R&B, Country, Rock and AC on one stage, sounds like a revival of the “We Are the World” recording and considering the sell out inside of 10 minutes, a lesson for festival organizers around the world.

• Looking at the Rock line up, I tend to agree with famous New York Radio Station WRXP, which recently announced that contemporary rock was no longer a part of their radio format. Come on, Clear Channel….No 21st Century act in the line up? Don’t get me wrong. I am a rocker, but what is pushed as rock these days ‘smells like sweet teen cologne’ rather than the musical expression I grew up with. The world is apparently crossing over in many different directions and many of them are just reliable flat liners.

But if you’re one of the lucky ones to win one of the many Festival tickets that Clear Channel makes available in their Satellite Radio Summer Promotions, you may take the opportunity to check out some good old southern Skynyrd rock at Las Vegas Excalibur Hotel, where the band behind such classic American hits as “Sweet Home Alabama” and “Free Bird” is the inspiration for the new restaurant concept, Lynard Skynyrd BBQ & Beer at Excalibur Hotel & Casino. Michael Frey and Craig Gilbert of Drive This! Entertainment, the team behind such classic Vegas venues as RHUMBAR and Tacos & Tequila, will unveil this restaurant and nightlife concept in the former location of Sherwood Café in fall 2011. The rock n’ roll-inspired venue will feature classic hits, signature sips and down home, Texas-style BBQ on the Las Vegas Strip.