Finding Stepping Stones Across the River

the road of life

Sharing my 65th birthday with Black Friday offers an interesting - at least for me - introspection into the crossroad I have landed on. 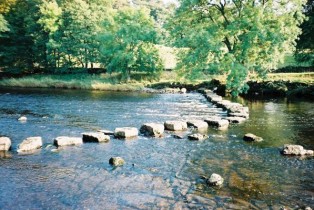 This year my birthday falls on Black Friday which somehow cheapens the experience into a 50% off or 2-for-1 deal.
As far as milestones go I’m turning 65, a cross road where most of someone’s life comes together or should. The big retrospection and the choices and options for the future. The point where the inevitable decline of the body’s physical abilities meets it mental acceptance.

Somehow I have arrived at the intersection of who I once wanted to be and the one I have become. A man who struggles and triumphs (luctor et emergo), a man who doubts and searches, who gains insight and sometimes feels like crying for a world that has lost its direction once again. A man who fakes fights with his past while nourishing the unfulfilled dreams. A man who had his heart broken by some, just to have it glued back together by others. The sum of a life that saw pendulums shifting direction as often as politicians break their promises. And in that spectrum of life’s possible outcomes, I found virtue between the extremes of excess and deficiency.

I’ve learned that many things are the way they are. If I leave an open can of beer on the counter, it’s going to go flat. It doesn’t matter what I or anyone else thinks about it. Step off the curb at the wrong time, and a crosstown bus will flatten you. No point in arguing with it. That is objective reality. That’s just the way it is.

I have also learned that reality doesn’t correspond to what the crowd thinks or what it wants. I have found that ‘something for nothing’ is a sadly misguiding human survival incentive and I have learned that what people expect almost never comes into existence; at least not in the projected timeline. And then there are things that exist because we just think (perceive) they do, without ever looking for objective proof. Religion calls it dogmatic acceptance.

Many subjective realities around us are perceptions, much like government, wealth without worry, religion, institutionalized education. None of them disperses warranties. I have learned that I can only guess how much upside or downside there is left in every swing of the pendulum, but I am now officially old enough to know that when thoughts and actions consciously focus on the positive, you will change the world. I’ve also learned that the secret of happiness is not something you feel, it’s something you do.

Therefore I am now much more than the sum of my regrets or accomplishments. My mind’s hard drive was formatted by the seventies, but my heart always stayed a child of the sixties. Without regret I report that it took me 45 years to learn and accept that when you change the way you look at things, the things you look at change. And yes I have often wished that I didn’t know now what I didn’t know then, but really it doesn’t matter, because I have also learned that the heart always has the last word. 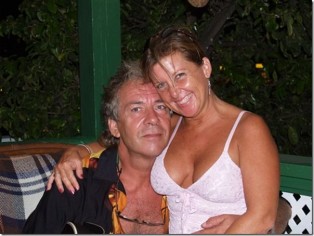 The heart has the last word

So when I awake tomorrow morning, life will look me in the eyes with a faint mysterious smile around her lips, as she knows where I came from and senses where I’m going to.

“Surrender”, she will whisper seductively yet stern. “Follow me. I need men on my path. Men without labels; men who are not solely fed by materialism and hunger for power, men devoid of the narcissistic need for recognition and admiration. Real men, whose successes I have quietly shared and who I embraced in their deepest failures.”

“I will touch your courage when you cross your river at this 65th bend and surprise you with new horizons. And then, hopefully years from now, when you’re finally done exploring the mysteries of life, you’ll know the exact place where you will bloom for the last time in rich colors and scents and you will measure your life’s meaning only with what you had to give up to get there. And only then will you know for certain if you made a difference.”