Let's take a look at the impact the $8,000 first-time home buyer tax credit has had, and the political outlook for its extension. 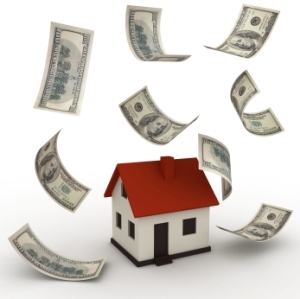 Let’s take a look at the impact the $8,000 first-time home buyer tax credit has had, and the political outlook for its extension. It has been one year now since the great financial tumble in this country. The fall of Lehman Brothers and the government take over of Fannie Mae and Freddie Mac and the lightening fast sale of Merrill Lynch. In an attempt to stimulate the housing market, President Barack Obama included a tax credit of up to $8,000 for certain first time buyers in his $787 billion economic package that he signed back in February.

The tax credit applied to buyers who were purchasing property to be used as their principal residences with incomes of (gross adjusted) of $75,000 or less, ($150,000 for married couples) and purchasing before December 1.

The question now is will Congress extend this tax credit after December 1? There is mounting opposition to extending this program because of rising government spending and rising debt. There are those in Congress who are in favor of a six month extension and then there are those, (up for reelection next year) who are now against it.

I believe this tax stimulus has helped the real estate market to some extent. It was not the fix that the government thought it was going to be nor did it give the positive boost they were hoping for. The one thing we need to remember is people tend to buy homes when they feel good about tomorrow and a continued paycheck, a little something called consumer confidence. The other common denominator needed for a healthy real estate market is the availability of credit that is lacking today. The banks have tightened up to the point of making it almost impossible for someone to get a loan.

If I had to guess about the extension of the tax credit, I think it will be extended for a short period of time. Will it be enough to turn the housing market around? Not by any stretch of the imagination. It is going to take a healthy employment market to do that. I’m afraid we won’t see that any time soon

Opposition: Supporters of an extension of the credit will have to overcome mounting concerns about budget deficits and rising government spending. “There is no doubt about it that, compared to when we were working on this last winter, people are asking questions about the cost, when before it was not as much of a factor,” says Jerry Howard, the president of the National Association of Home Builders. Zandi estimates that it would cost between $15 billion and $17 billion to extend the tax credit for another six months, which he considers money well spent. “If you extended it to mid next year . . . by then the job market will be stable enough that we can allow the tax credit to expire and it won’t totally submarine the housing market,” he says.

Odds: Senator Isakson believes lawmakers will eventually move to extend the credit in one form or another. “I don’t believe either this administration or the current leadership would look November 30 in the eye and let this thing die,” he says. White House spokesman Robert Gibbs said this week that the administration is evaluating the credit’s impact and will make a recommendation to the president, the Associated Press reported. The outlook for an extension appears to have brightened. Scott Talbott, a top lobbyist at the Financial Services Roundtable, put the odds of its extension at 50-50 earlier this week, but he said that the chances improved to 75-25 after Reid endorsed the six-month extension. Still, as lawmakers remain consumed with other matters, such as healthcare reform, action on the tax credit is unlikely to take place until the expiration date nears, Talbott says. “Congress works best on deadlines and crisis,” he says. “And we sort of will have both with this one.”