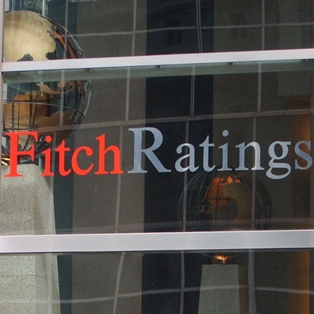 The Rating Outlook is Stable.

RATING RATIONALE:
–Management has demonstrated a willingness to take the necessary actions to preserve high fund balances in spite of a decline in the areas overall economy and tax base.

–Economic opportunities are focused on tourist-related services associated with Amelia Island’s various resorts and other amenities, as well as the paper/pulp manufacturing industry.

–Continued economic strain on tourism, forestry and manufacturing could cause a further decline in assessed value.

SECURITY:
The GO bonds are secured by the city’s full faith and credit and unlimited taxing authority.

CREDIT SUMMARY:
The city of Fernandina Beach is located on Amelia Island in Nassau County along the northeast coast of Florida, approximately 36 miles from Jacksonville. The city serves as county seat of rural Nassau County (Fitch rated “A+”, Stable Outlook). According to the U.S. Census Bureau, the population of the city has grown steadily over the last several years reaching 11,610 people in 2009.

Economic opportunities are focused on tourist-related services associated with Amelia Island’s various resorts and other amenities, as well as paper/pulp manufacturing. In January 2009, the city’s largest employer and tax payer, Smurfit-Stone filed Chapter 11 bankruptcy. Despite closing several manufacturing facilities in the Southeast, including a large plant within Nassau County, the facility located in the city has remained open. No lay-offs have been reported at the city’s facility.As the company emerges out of bankruptcy, the city expects to receive a portion of back dated property taxes due. Wealth indictors and unemployment rate data are unavailable due to the relatively small population of the city.

Financial management practices are prudent, demonstrated by conservative fiscal policies. The city’s fund balance policy requires the city maintains at least 90 days of operations, or 25% of the general fund operating expenditures, in the undesignated fund balance policy. At the end of fiscal 2009, the city’s undesignated general fund balances was equal to 43.5% of expenditures and transfers out. Fitch believes the city’s high level of reserves provides sufficient flexibility to absorb further deterioration in the local economy, a slowing in the housing market, or a severe weather event typical of a costal community. The adopted fiscal 2010 budget is 5% less then the adopted fiscal 2009 budget. The city reports that both revenues and expenditures are on track to meet the budget. It is anticipated that the general fund will be flat in fiscal 2010. The city has recently started the budget process for fiscal 2011.

Approximately 60% of the city’s revenue is derived from property taxes. The state has implemented multiple rounds of property tax reform which limit revenue growth. Decreases in the tax base, as seen in recent years, can be used to offset the ‘roll back’ rate, which would make the levy revenue neutral from a year prior with city commission approval. The city has adopted the “roll back rate” for the past five fiscal years. In fiscal 2010, the city budgeted for a 1% property tax revenue increase from fiscal 2009 and the city expects to meet budget. Approximately 10% of the city’s total assessed value is comprised of two paper/pulp manufactures, Smurfit-Stone and Rayonier Performance Fibers, down from a high 30% in 2001.

Overall debt levels are low at 1.2% of assessed value and $2,588 per capita. Debt amortization is extremely rapid with 100% of principal retired in 10 years. Fernandina Beach does not expect to issue additional long-term debt in the near future. The city’s capital improvement plan (CIP) projects $63.3 million of capital projects over the next five years. The CIP includes renovations to city hall, front street redevelopment, and beach restoration, as well as utility expansion. Capital projects are funded primarily on a pay-as-you-go basis.