government shutdown, Life through the Lens of a Baby Boomer

With emerging power economies in a slump and Europe forced to start spending more on military, the US dollar may just remain the best looking currency in a shitty investor portfolio. 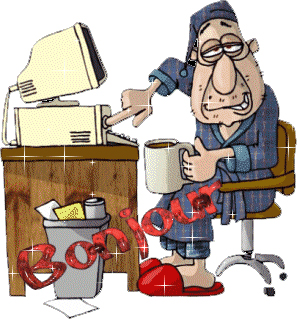 Welcome through Lens of a Baby Boomer Sunday Musings

In spite of the government shut down, at least one important White House decision was made in the past week: Janet Yellen , who had been earmarked as the successor of Ben Bernanke at the Federal Reserve, considering she has been his right man woman for most of his tenure, was officially selected head of the Federal Reserve when Bernanke retires in January 2014. For America and the debt ceiling that implies stimulus continuation in the area of $85 billion or more a month or add another trillion to the national debt in 2014.

And as we are counting down the days to a major Federal Default on October 17, the nation is still divided on the consequences (or just ignorant) of such a move. Well for as much as my contribution counts, the default effects could have been much worse if timing would have been different. And having said that, I actually do believe that this default was somehow planned inside of a rather precise scenario.

Wall Street is exuberant, as long as the can can be kicked a couple miles further down the road and cheap loans stay available to them. So is the IMF and I estimate Europe as well, at least for now.

Because the Europeans have other problems, now that on a couple of diplomatic occasions Washington has hinted that it can not carry 75% of NATO’s budget much longer. And for the first time in more than 5 years, the leaders of the European Union’s member states will at their summit in December need to address questions about the EU’s defense and security.

And while the United States is pressing EU states to spend more on defense, claiming that it cannot continue to cover 75% of NATO’s costs, analysts argue that the strategic case for EU-level defense co-operation has never been stronger, while military planners are worried that austerity is aggravating long-standing weaknesses in Europe’s military power. So the Hawks in Europe are awaking again, supported by greatly exaggerated claims from Washington.

Reflecting these anxieties, Herman Van Rompuy, the president of the European Council, has described December’s European Council as no less than a summit about the state of defense in Europe.

But the European Union is not comfortable with being seen as a military alliance, even though that is, slowly, what it is becoming. At least, it is now an economic and political alliance that has defense and security obligations.

One of the lessons learned by the European Union from the Balkans wars of the 1990s was that the EU needed to develop its hard power. In the space of a few years when security issues were on the agenda of many EU summits, national leaders gave the Common Security and Defense Policy (CSDP) a political and institutional momentum that it had previously lacked. However, the development of the CSDP has so far apparently not lived up to the ambitions of its hawkish architects.

Anders Rasmussen, NATO’s secretary-general, says that when an EU-led coalition intervened in Libya in 2011 to effect regime change, it could not have succeeded without backing from NATO – and, more specifically, the support of the Americans. Nor could Rasmussen envisage a NATO operation without US participation “in the foreseeable future…because Europe does not have the necessary capacity”.

There is many-sided unhappiness at this. The US says it cannot continue covering 75% of NATO’s costs. The United Nations wants Europe to provide troops for its peace missions. Dependence on the US is becoming a constraint as the practical implications of the US administration’s ‘pivot’ to Asia are becoming increasingly clear, European diplomats and officials say.
In addition, cuts to national defense budgets of about 15% in recent years now threaten whole military capabilities, generals say. Meanwhile, military analysts contend that the violence in the EU’s southern neighborhood is a growing threat to stability.

Now, after five years of behind the-scenes clamor, Herman Van Rompuy, the president of the European Council, has put security and defense up for discussion at an EU summit. He has signaled that the debate at December’s European Council should be ambitious: it will be about “the state of defense in Europe”.

Denmark’s former Prime Minister Rasmussen suggests the stakes are global. “If the trend continues, Europe will not be able to participate in international crisis management. And who will fill the gap? It will be the emerging powers because they are investing more and more,” he said. And with that the Military Industrial Complex is expanding its influence dramatically.

The emerging powers have been identified as the BRIC countries, i.c. Brazil, Russia, India and China and to a lesser degree Indonesia and Turkey. While China actually is turning into an absolute world power and the only one with a positive and large trade surplus, the other participants in the emerging power line up are stuttering a bit economically. Not nearly as much as however the mainstream Western media want you to believe, mainly because they still are wearing the wrong geo political glasses.

I do agree however with the New York Times and Wall Street Journal  that a large part large part of the recent economic boom of emerging powers was financed on the back of cheap Fed loans in dollars. I disagree however their assessment that this was an unintended consequence of the financial stimulus program by the US Federal Reserve after 2008. It is pretty much a proven fact that emerging powers have benefitted more from the stimulus programs than the US itself, because it was intended by those in charge. Call it a variant on the post World War II Marshall Plan.

Some liberal academics claim that Western Society used cheap money to lure emerging economies into thinking they were on a take over path from Western centric economic designs, but the real truth is that by playing it the Wall Street diversification way, two objectives were accomplished : emerging economies were introduced to the power of the Global Western Bank system and who controls the powers. Emerging economic sentiment may have shifted in recent months, but there is no longer a fear for structural economic collapses as was usual in previous encounters, because the big banks have for now taken control using cheap American Stimulus dollars.

Yes, emerging world economies are seeing slowing growth relative to the heightened rates of recent years, and yes, the shift to domestic demand-driven economic activity is not easy. But that is not the same as re-writing the script of the past decade and turning the achievements of many of these countries into a fata morgana .

When it comes time to write the story of the first years of the 21st century, the global narrative will not only be the struggles of the United States to adjust to a world of diffuse power, or the rise of China and the decline of Europe. It will be the way that substantial portions of the planet emerged from agrarian poverty into the early stages of urban affluence. It will be the way the Internet and the mobile revolution anchored by the rise of China began to reshape the vast regions of sub-Saharan Africa; how India’s middle classes started to redefine that country, and how millions in Latin America sloughed off decades of authoritarian incompetence and began to blossom. Never in human history have more people become more affluent more quickly than in the opening years of the 21st century.

As a consequence, the fundamental logic of the need to reform global governance structures remains sound. For policy makers in Europe and the United States, engaging emerging powers is the only way of assuring that international institutions remain functional once the traditional powers are no longer in control. The difficult process of adapting to a new reality has just begun. In the coming years and decades, far more extensive reforms – in the World Bank, the IMF and the United Nations Security Council –  will have to be implemented if these institutions are to maintain their legitimacy in the twenty-first century.

Because even if there is a temporary economic slowdown in the Global South, it will no do away the historic advances emerging powers have made, especially during the past decade, which has seen an unprecedented degree of emancipation of the Global South – including the African continent. The lull in the emerging world does not alter long-term predictions that China will overtake the U.S. American economy. Despite current problems, India is set to become a major pillar of the world economy in the course of this century. The world economy will not return to the distribution of power of the late 20th century.

And with that opinion I end today’s Life through the Lens of a Baby Boomer, who over the course of the last 50 years has seen time and again that the energy water needs to find its way downhill is negligible compared to the effort it takes to being pushed uphill.

Here are some of the greatest repartees in modern history.
Brilliant Repartees
1. Thomas Reed  vs. Henry Clay
2. Winston Churchill vs. Lady  Astor
3. NYC Mayor Ed Koch vs. Andrew  Kirtzman, after the reporter insisted on pressing a point about a statement Koch had made
4. Groucho Marx vs. a contestant  on “You Bet Your Life,” after the contestant revealed that  he was a father of  10
5. Abraham Lincoln vs. Stephen  Douglas, after Douglas called him “two-faced” during a  debate
6. Pierre Trudeau vs. Richard  Nixon, upon hearing that Nixon had called him an asshole
7. Oscar Wilde vs. Lewis Morris.  Morris had just been passed over for the Poet  Laureateship
8. Miriam Hopkins vs. an  anonymous  singer
9. James McNeill Whistler vs.  Oscar Wilde, after Whistler had made a particularly witty  observation
10. Senator Fritz Hollings vs. Henry McMastor, when challenged by his opponent during a televised debate to take a drug test
11. Clinton vs. Dan Quayle, after Quayle revealed that he planned to be “a pit bull” in the 1992 campaign against Clinton and  Gore
12. Reverend Edward Everett Hale  vs. the U.S. Senate,  when asked if he  prayed for the  Senators.
13. Edna Ferber vs. Noel  Coward. Coward was remarking upon the  fact that Ferber was wearing a tailored  suit
14. Henry Clay vs. Massachusetts  Senator Daniel Webster after seeing a pack of mules  walk  by
15. Winston Churchill vs. a  Member of  Parliament
16. Calvin Coolidge vs. some  random lady at a White House  dinner
17. Wolfgang Amadeus Mozart vs.  an  admirer