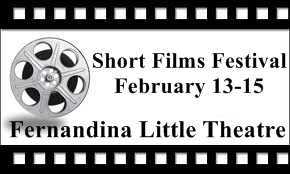 The festival will again feature all 15 films nominated for Academy Awards for Best Animated, Best Live Action and Best Documentary Short Films, shown in four alternating groups of films at the theatre, located at 1014 Beech St.

Since its founding more than 20 years ago, FLT’s goal has been to be a home for the performing arts on Amelia Island, said Managing Artistic Director Kate Hart. And five years ago, the theater decided the time was right to expand its wide range of programming by showing films, too.

“We already were offering theatrical productions, concerts, readings and improv. Showing films just seemed like the logical next step for us,” Hart said.

First, the theater at Beech and South Eleventh Street added a state-of-the art digital projection system so it could screen films in HD and surround sound. Then, the search was on for its first film event.

Deciding its focus should be on bringing acclaimed contemporary films that typically didn’t make it to the island’s commercial film theater, FLT leapt at the opportunity to partner with Magnolia Films to bring the Oscar-Nominated Short Films Festival to Fernandina.

“There aren’t many opportunities to see short films in a movie theater, and showcasing great films that you normally can’t see anyplace else was a perfect fit with our ‘theater outside the box’ mission,” Hart said.

Since the first Oscar-Nominated Shorts Film Festival at FLT in 2011, enthusiasm and ticket sales for the festival have grown every year.

“These filmmakers aren’t constrained by the demands of the box office. The short films are usually more compelling, more experimental in their storytelling and more heart-felt than a lot of feature films. People really respond to them, and once they come that first year, they come back the next,” Hart said.

Since launching the shorts festival, FLT has expanded its film offerings to regular Sunday afternoon screenings as well as its annual DOCtoberFest documentary film festival, which will mark its third anniversary this October.

“The films have really expanded our horizons at the theater and our audiences’,” Hart said.

At the screenings February 13-15, FLT will include an opportunity for film-goers to pick the films they think will win the Oscar in all three categories. Those who correctly pick the three short films which win Oscars on February 22 will be entered into a drawing to win two tickets to an upcoming stage production at the theater, now celebrating its 23nd season.

The five animated short films, plus four animated films of note, will screen at 8:15 pm February 13, 4:15 pm February 14, and 1:30 pm February 15. Ratings guidelines: PG. Kids over 8 should not have a problem with anything here, but likely won’t care for the darker films (“Bigger Picture” and
“Footprints”).

A Single Life | The Netherlands | 2 minutes
When playing a mysterious vinyl single, Pia is suddenly able to travel through her life.

Feast | USA | 6 minutes
From from first-time director Patrick Osborne and Walt Disney Animation Studios, The story of one man’s love life as seen through the eyes of his best friend and dog, Winston, and revealed bite by bite through the meals they share.

Me and My Moulton | Canada/Norway | 14 minutes
One summer in mid-’60s Norway, a seven-year-old girl asks her parents if she and her sisters can have a bicycle. “Me and My Moulton” provides a glimpse of its young protagonist’s thoughts as she struggles with her sense that her family is a little out of sync with what she perceives as “normal.”

The Bigger Picture | UK | 7 minues
“You want to put her in a home; you tell her; tell her now!” hisses one brother to the other. But Mother won’t go, and their own lives unravel as she clings on.
Innovative, life-size animated characters tell the stark and darkly humorous tale of caring for an elderly parent.

The Dam Keeper | USA | 18 minutes
“The Dam Keeper” tells the tale of a young pig encumbered with an important job, and the meeting of a new classmate who changes everything. The Danish actor Lars Mikkelsen of television’s “Forbrydelsen” (“The Killing”), and BBC’s “Sherlock,” narrates this timeless fable.

Plus Highly Commended animated short films
“Sweet Cocoon” (6 minutes/France/Non-dialogue) A caterpillar about to undergo her metamorphosis finds her cocoon is much too small to squeeze into. Two helpful insects come to her aid.

“Footprints” (4 minutes/USA/Non-dialogue) A gullible man goes on a quest to find a mysterious, destructive monster, only to arrive at a surprising revelation.

“Duet” (4 minutes/USA/Non-dialogue) “Duet” tells the story of Mia and Tosh and how their individual paths in life weave together to create an inspired duet.

“Bus Story” (11 minutes/Canada/English) Our protagonist dreams of becoming a bus driver in order to cruise down quiet country lanes and connect with nature, her young charges and their parents. But her idyllic view of her new job is sorely tested after she meets her surly boss, named Killer, and discovers that winding roads can prove treacherous in winter, especially with a faulty clutch.

Aya | Israel-France | 39 minutes
Two strangers unexpectedly meet at an airport. He mistakenly assumes her to be his assigned driver. She, enchanged by the random encounter, does not hurry to prove him wrong.

Boogaloo and Graham | UK | 14 minutes
Jamesy and Malachy are over the moon when their soft-hearted dad presents them with two baby chicks to care for. Raising their tiny charges, declaring themselves vegetarian and dreaming of running a chicken farm, the two boys are in for a shock when their parents announce that big changes are coming to the family.

The Phone Call | UK | 21 minutes
“The Phone Call” follows Heather (played by Oscar nominee Sally Hawkins) a shy lady who works at a helpline call center. When she receives a phone call from a mystery man (played by Oscar winner Jim Broadbent), she has no idea that the encounter will change her life forever.

The five documentary shorts will be shown in two sessions. Ratings guidelines: R. Adult themes including cancer, slaughterhouse workers and an infant with a rare respiratory disorder. There are scenes in the latter two films (“The Reaper” and “Our Curse”) that are difficult to watch.

Crisis Hotline: Veterans Press 1 | USA | 40 minutes
This timely documentary spotlights the traumas endured by America’s veterans, as seen through the work of the hotline’s trained responders, who provide immediate intervention and support in hopes of saving the lives of service members.

Joanna | Poland | 40 minutes
With great visual poetry, “Joanna” portrays the simple and meaningful moments in the life of her family. Diagnosed with an untreatable illness, Joanna promises her son that she will do her best to live for as long as possible. It is a story of close relationships, tenderness, love and thoughtfulness.

Our Curse | Poland | 27 minutes
The film is a personal statement of the director and his wife, who have to deal with a very rare and incurable disease of their newborn child – the Ondine’s Curse
(also known as CCHS, congenital central hypoventilation syndrome). People affected with this disease stop breathing during sleep and require lifetime mechanical ventilation on a ventilator.

The Reaper (La Parka) | Mexico | 29 minutes
Efrain, known as the Reaper, has worked at a slaughterhouse for 25 years. We will discover his deep relationship with death and his struggle to live.

White Earth | USA | 20 minutes
Thousands of souls flock to America’s Northern Plains seeking work in the oil fields. “White Earth” is the tale of an oil boom seen through unexpected eyes. Three
children and an immigrant mother brave a cruel winter and explore themes of innocence, home and the American Dream.

Admission to each individual screening session is $10; an Early Bird screening pass (good for the first two screenings on both Saturday and Sunday — a total of four film sessions) is $30.

Tickets and passes are available at The UPS Store in the Fernandina Beach Publix shopping center on Sadler Road. The Fernandina Little Theatre is an intimate space, and patrons are encouraged to purchase tickets in advance to guarantee seating availability.

For more information about the festival, visit www.ameliaflt.org or www.facebook.com/fernandinalittletheatre.