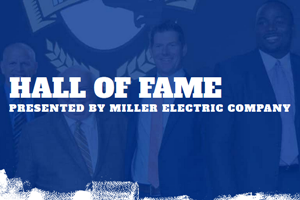 Here is an interesting place to visit all year long if you like college football.

Florida-Georgia Hall of Fame Induction Ceremony, presented by Miller Electric Company, was created to acknowledge the many great records, performances, career highlights and outstanding memories that have made the Florida-Georgia game one of college football’s best traditions. With their induction, the 2019 inductees become permanently etched into the historical fabric of this storied rivalry.

Brad Culpepper
As a defensive lineman at the University of Florida from 1988-1991, Brad Culpepper was a major part of the Gators resurgence under head coach Steve Spurrier. Culpepper was a team captain on the 1991 SEC Championship team; he was also named a first-team All-SEC selection and a consensus first-team All-American. Culpepper was the true definition of a student-athlete, named to the SEC Academic Honor Roll all four years, was a first-team Academic All-American, and received the Draddy Trophy recognizing him as college football’s most outstanding student-athlete. He was drafted by the Minnesota Vikings in the 1992 NFL Draft and went on to play for the Tampa Bay Buccaneers and the Chicago Bears during his NFL career.

Brandon Spikes
One of the most decorated linebackers in Florida history, Brandon Spikes helped lead the Gators during one of the most successful periods in school history. Spikes won two National and SEC Championships during his 4 years with the Gators, while collecting numerous individual honors along the way. A two-time consensus first team All-American, he collected 307 total tackles, 31.5 tackles for loss, including 6.5 QB sacks, forced two fumbles, recovered four fumbles and had six interceptions which he returned for 139 yards and four touchdowns in his career. Spikes was drafted in the 2nd round of the 2010 NFL Draft by the New England Patriots.

Rennie Curran
Rennie Curran was perceived to be too undersized to make an impact at the University of Georgia, he proved the doubters wrong during his three years with the Dawgs. Curran amassed 298 tackles in his career, including 24 tackles for loss. In 2009, he led the SEC in tackles with 130, collected All-American honors, as well as first team All-SEC honors for the second straight year and was named one of Georgia’s permanent team captains. He was a finalist for the Rotary Lombardi and Chuck Bednarik awards. He was drafted by the Tennessee Titans in the 2010 NFL Draft and is currently a renowned keynote speaker, author and personal development coach.

Jarvis Jones
Jarvis Jones only played in two Georgia-Florida games, but he made his presence known during each game. In 2011, Jones had four sacks and a forced fumble to lead Georgia to a come from behind victory over the Gators. Jones made an even bigger impact on the 2012 game; a top 10 matchup with the SEC East on the line. He totaled 13 tackles, 4.5 tackles for loss, three sacks and two forced fumbles, the last forced fumble occurred with two minutes left in the fourth quarter to seal the win for the Dawgs. Jones was named a two-time consensus first team All-American; first team All-SEC, SEC Defensive Player of the Year in 2012 and broke David Pollack’s single season sack record with 14.5. He was drafted in the first round of the 2013 NFL Draft by the Pittsburgh Steelers.