Free Advice for Some of my Friends

Financially concerned but emotionally committed, 85% of parents boomers would let their offspring move back in, threatening their retirement reserves. 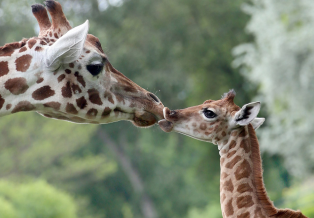 As I’m looking into my living room where our 27 year old son is taking a midday nap on the couch, I’m happy that at least he has a job, lives in his own home and comes to see us to relax, rather than living with us and raiding the refrigerator any chance he gets. Some of my friends are dealing (or not) with children that should be much farther along on the road to adulthood independence, but instead moved back home to enjoy an extension of their worry-free adolescence or simply do not show signs to ever wanting to leave.

Of course my friends realize that nothing really screws up retirement plans like supporting adult children after you’ve shelled out several new cars worth of college tuition, airlifted them back and forth for Thanksgiving and Christmas breaks, bought or co-signed for their car loans and probably purchased new computers over the years. Some of them even paid for weddings and bachelor parties in a desperate attempt to have the kids leave the parental home for a life of adulthood challenges and responsibilities.

No some of my friends seem to have a guilt complex when it comes to refusing re-entry into their homes. Somehow they think they came up short in raising their kids to become independent, responsible adults and as a result surveys show that some 85% of parents plan to provide some sort of post-graduation financial assistance.
That’s a dangerous and discouraging trend and only supports the idea that our generation somehow is responsible for the change of social norms that makes it acceptable for parents (often single) to help out or bail out their children until well in their twenties.

Somehow society has made it uncool now for parents to incentivize their kids to step into adulthood after high school or at the latest after college sometime around their 22nd birthday. Let’s face it, we knew, or at least most of us did know that moving out of the parental home would mean downgrading our lifestyles.
Of course we have evolved a bit since the days that a teenager’s independence day was defined between age 18 and 22; go to college, find a job and get married or join the military. The good thing was that once we were on our own the bond with the home we grew up in was broken. The bad thing was that quick decisions often led to unfortunate outcomes.

Which brings me to the chapter of preparing your kids for the day that they need to stand on their own and build their own life.
And before a strategy can be defined you need to honestly answer a number of questions that involve financial and emotional ties. And don’t forget kids can be masters in the art to make you feel guilty or inadequate in providing what they “deserve” or “expect”.

So here you are:
1. Be honest with yourself. First there is the question, how much of my retirement reserves can I truly allocate for financial assistance to the kids and secondly, will it help our hinder the children’s emotional and financial growth. If you have more than 1 child, please multiply the responsibility of making them all feel treated equally. If you let your first-born move back into your home, you will have to let your last born do the same. Or do you?
Well-meaning, soft-hearted parents can and often do a lot of harm without realizing it. After all in this age of entitlement which kid wouldn’t enjoy having most all the privileges of adulthood without the responsibilities?
But understand that struggles and successes are critical if your child is to emerge an independent adult with a solid self-image.

2.Set honest and realistic expectations early. Clarifying what you expect of your children financially sooner rather than later helps you and your kids. They need to know when you’re cutting the cord so they can prepare (hopefully with your guidance) well in advance. Whether you expect them to handle their own finances step by step or all at once, at 18 or 22, after high school or after graduate school, spell it out. But don’t stretch it too far beyond that age limit, because you, and your child, will pay the price!
And while we’re at it, make sure those expectations jive with your retirement plans. If your youngest child won’t graduate from high school until you’re 63, be honest with everyone about how much you can contribute to higher education. And while you’re at it, don’t expect them to fund your retirement. Life is a zero sum game. You take care of yours and what you’re responsible for. If you have children to “guarantee” you will be taken care of in your golden years, you’re betting on the wrong horse.

3. The emotionally toughest one: Mom and Dad must be on the same page. One parent slipping the child money while the other fumes, does little for a marriage or the emotional and financial well-being of the child. While I get it, that mothers are mothers for life, there is a naked reality at the end of that tunnel; financial survival for the long haul. Financially support your offspring too long and you run the real risk that your retirement savings, at least the part you have been able to keep away from the government’s greedy fingers, will be so depleted, that old age becomes a suicidal invitation.
Realize that there is a culturally accepted “Enough is Enough”, even though Mom’s emotional welfare may temporarily suffer.
Most parents understand what the right thing to do is; however, it can be difficult. That said, making the same accommodations for your child over and over will only produce the same result.

4. Be a parent and a coach. Offer emotional support and financial mentoring. Saying “no” to financial assistance does not mean you can’t help with budgeting, résumé writing, professional networking, interview preparation—heck, whatever it takes! If you’re lucky enough to have a 20-something kid who will actually talk you about this stuff, jump on each and every opportunity to teach and listen.

Retiring with enough wealth to last for you and your spouse is hard enough without paying for your children’s extended adolescences. The job market may be tough for new graduates, but forcing your child to navigate it anyway might just be the best way to help.

And on a closing note. When your child finally leaves the paternal home, willingly or forcefully, make sure to have a work crew ready to immediately turn their room into something you have been wanting for years; study, office, kitchen expansion, workshop, sewing room, home theater, trophy room, music room, exercise room……. anything your heart desires and make sure there is no bed left in that room to crash on. Tough love? Maybe. But good luck anyway.