From Blues to Jazz; Amelia Island Loves its Music Festivals

Just a couple more weeks (October 6) and the Amelia Island Jazz Festival will kick off with some great performers in the line up. 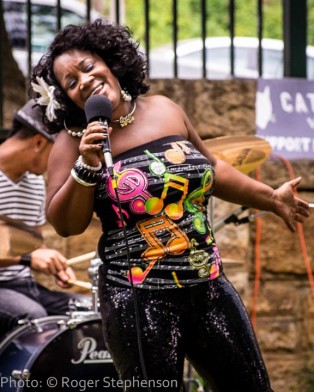 Someone once said Blues represents High School and Jazz is College. With the Amelia Island Blues Festival just in the can and the Jazz Festival 2 weeks out, we can truly say that Amelia Island loves its music festivals, no matter the educational status derived from them.  From Chamber Music to Country Music and from Reggae to Blues, most musical genres are represented in the island’s annual line up festivals. Whether main stream or niche market, everyone can enjoy their individual taste with fabulous live performances.

As with the Blues Festival, the origins of the Jazz Festival are typically found in veteran musicians wanting to contribute some of their talents and contacts to the community. In the Jazz Festival’s case it was Les DeMerle and his Spouse Jazz Singer Bonnie Eisele, who took the initiative back in 2001. Since then, the festival has brought an eclectic group of performers to our shores, including Spyro Gyra, David Benoit, David Sanborn, Ramsey Lewis, Buckwheat Zydeco, Nicole Henry and many more.

As in some previous years, the festival this year also gives a nod to its musical roots and showcases besides true jazz greats,  blues performances and Latin Roots on special weeknights.

“We always enjoy paying tribute to the roots music which has been so important to the evolution of jazz,” said Les DeMerle, the Amelia Island Jazz Festival’s Artistic Director, “and we are thrilled with the Blues and Latin artists who are coming in for this year’s event,” which runs from October 6 – 13 in Fernandina Beach.   Appearing Wednesday, October 9, for Red, White & Blues Night, a program that also includes a wine tasting, will be the exciting southern soul blues shouter DieDra Ruff & the Ruff Pro Band.  The following evening, October 10, rhythm masters El Niño & The Latin Jazz Knights will take the stage for the festival’s annual Latin Jazz Concert and Dance.  Both shows will take place at Sandy Bottoms from 7:00 – 10:00 PM.

Birmingham, Alabama based DieDra Ruff’s energetic show at this past April’s Springin’ The Blues Festival in Jacksonville Beach was “so impressive that we just had to have her here,” said DeMerle, who likened Ruff to one of her idols, Aretha Franklin.  “We’ll be doing some of her tunes for sure,” Ruff said in a phone interview, “but we have a wide range of material that runs from Muddy Waters to the Rolling Stones.” Other influences on her style include Patti LaBelle, Whitney Houston, and Anita Baker. The band, which features her husband Keith Ruff on guitar, will represent Birmingham in the 2014 International Blues Competition in Memphis, TN, an event in which they were finalists in 2009.   Currently, they are recording their fourth album, VIVA-FIED BLUES, for Ruff Pro Records.  Prior to moving to Alabama, DieDra spent several years living in Jacksonville and loves the area.  “We are very excited about returning back home to NE Florida and seeing so many of our old friends,” she said. 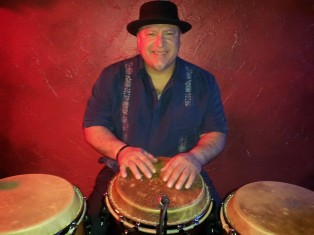 El Niño & The Latin Jazz Knights will bring in a six-piece line up chock full of danceable, poly-rhythmic beats and stellar musicianship.  Led by percussionist Gil Garcia (aka El Niño), the six piece outfit from Tampa has become one of the most popular Latin oriented groups in the state.  “My wife Bonnie and I jammed with this wonderful act at the Clearwater Jazz Festival last year,” said DeMerle, “so I can absolutely guarantee a lively and fun evening.” Garcia was born in Puerto Rico and grew up in Chicago, where he said “there was so much great jazz going on–it made a strong musical impression on me.” Add that experience to the influence of salsa greats like Tito Puente, Mongo Santamaria, and Ray Barretto, and you’ll get an idea of the kind of soulful energy in store for patrons of Latin night.  “We make it a point to keep the people dancing and the toes tapping,” Garcia added.

For more information, please contact the Festival Hotline at (904) 504-4772 or email  info@ameliaislandjazzfestival.com