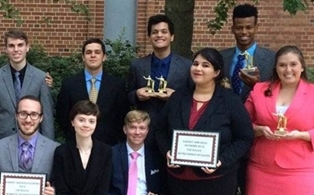 These rankings were enough to earn the FSCJ Forensics team fifth-place overall.

The team travels next to Florida Southern College the first weekend of November.